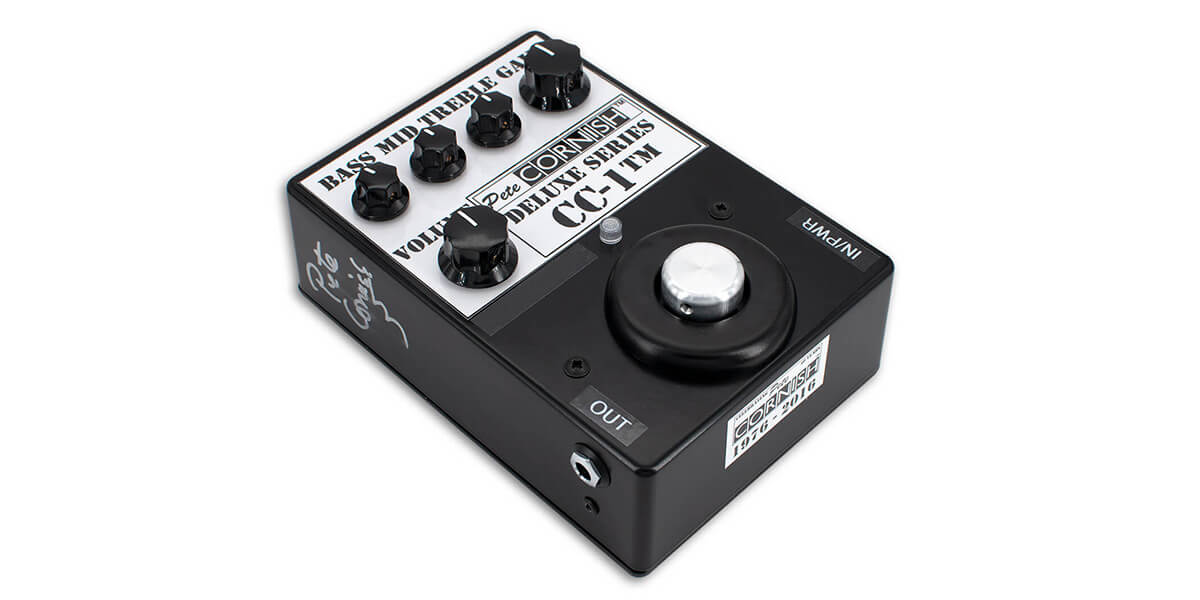 Up until a few years ago, most of Pete Cornish’s pedals were clones or adaptations of something else: the Big Muff, Distortion+, or the Overdriver. But in 2013, he released the first of a handful of original circuits: the CC-1 “Cornish Crunch”. According to the Cornish website, the CC-1 has two soft-clipping stages followed by a 3-band EQ.

I don’t know about you, but when I hear “soft clipping” and “Cornish”, I think Big Muff clipping stages using diodes in the feedback. I was skeptical as to how original the circuit actually was. But, the OC-1 (another of the original circuits) was pretty inventive, and the demos sounded great—so curiosity got the better of me. I decided we were gonna trace this one too.

Bad news: While most of his PCBs are just conformally coated with black paint, the CC-1 (like the OC-1) is covered in a hard epoxy substance. We didn’t get it to the X-ray machine this time, but we could tell from the bottom of the PCB that it had two op-amps, so we weren’t looking at anything like a Big Muff. That was the information we needed to power forward and try to crack the code.

I’m glad we did. It really is a nice-sounding circuit, probably my favorite of his that I’ve played, and… well, he’s right: it’s not based on anything! 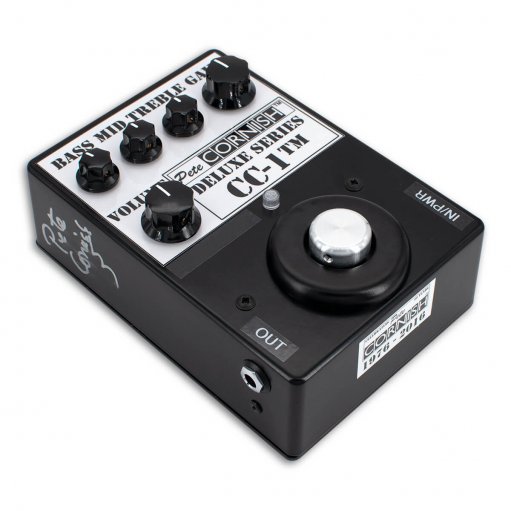 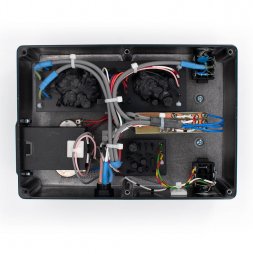 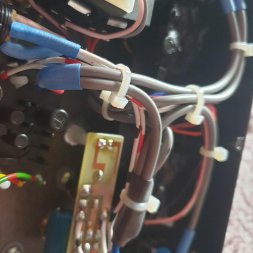 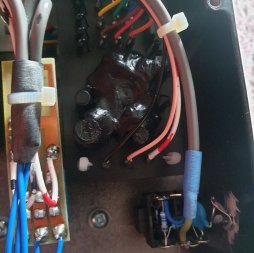 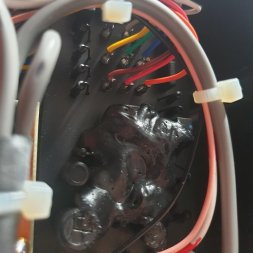 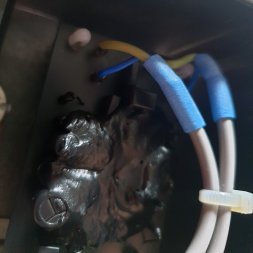 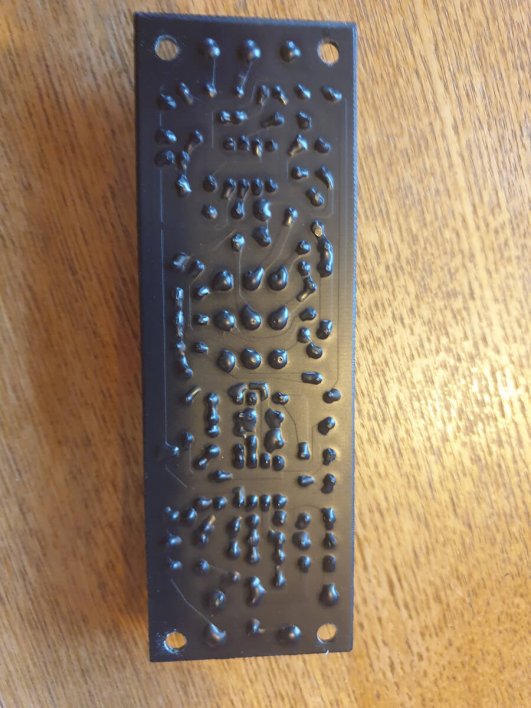 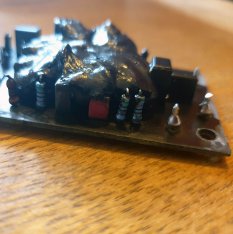 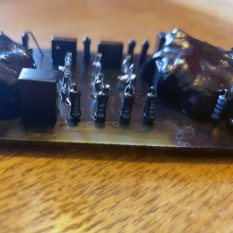 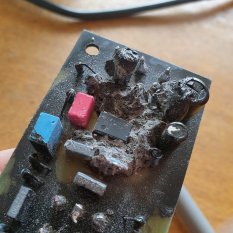 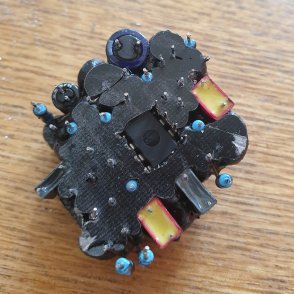 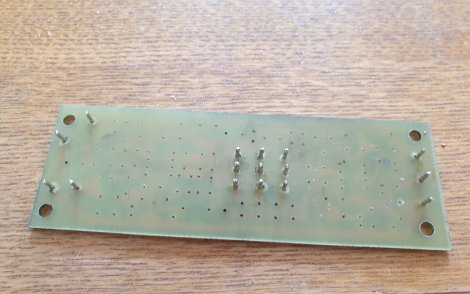 We found out halfway through that it was a lot easier to just remove the entire epoxy block than to go in from the top. It’s easy to do on a single-side board and made the rest of the process go a lot faster. (I wish we’d thought to do that when tracing the OC-1.) 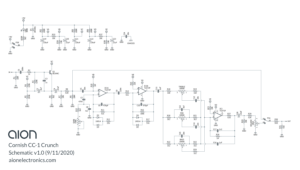 Well: after an almost 50-year history of op-amps being used in effects pedals, it’s hard to put out something that’s truly original, and anything is going to be somewhat derivative of something else. But, Pete seems to have started with a largely blank slate here and designed something from the ground up rather than just combining well-worn circuit blocks. He wanted two cascaded soft-clipping stages for an amp-like clipping response, and he came about them by using fixed-feedback opamp sections preceded by a gain boost. The diodes have resistors in series in order to soften their clipping and raise the threshold a bit. While neither technique is unheard of, they’re both uncommon and indicative of care taken in the design process.

The two-stage clipping is followed by a 3-band active Baxandall-style EQ, which adds a midrange control to the classic two-band implementation. The concept has been around for awhile (there are several examples in application notes as well as being described on the Elliott Sound Products website) but again, it hasn’t seen much use in commercial pedals—the Catalinbread Silver Kiss is the only other one I can think of.

And whatever the case, the end result is pretty great, and that’s what matters!

The Cepheus Amp Overdrive is available today. It’s based on the CC-1, but with one major addition: an internal slide switch to go between buffered bypass (original) and true bypass, as implemented on the other Aion FX versions of Cornish pedals. 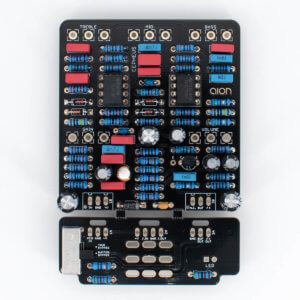