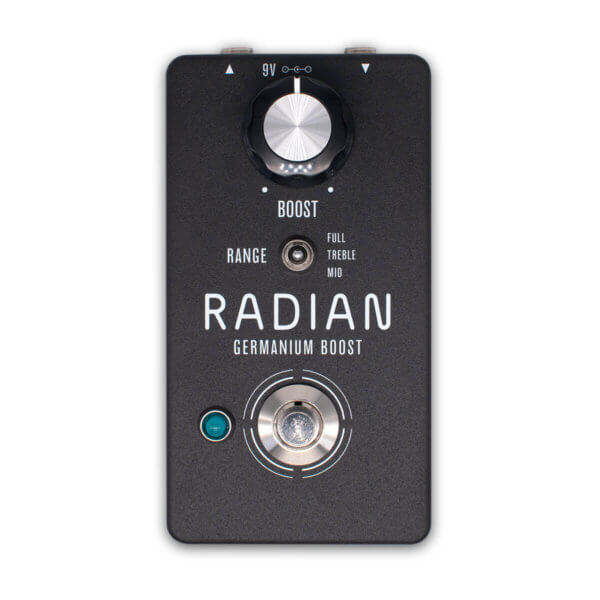 The Radian Germanium Boost is an adaptation of the Rangemaster Treble Booster produced by Dallas Musical Ltd. of London beginning in 1965. (Dallas would later merge with Arbiter Electronics to form Dallas-Arbiter, best known for the Fuzz Face.)

The Rangemaster was originally designed to add treble content to somewhat dark British amplifiers such as the Vox AC30, but it took on a life of its own in the hands of Brian May, Tony Iommi, Rory Gallagher, and several other highly-regarded guitarists of that era.

The original Rangemaster was not actually a pedal, but rather an enclosure that was intended to sit on top of the amplifier. Bypass was done via a slide switch on the front of the unit, so it wasn’t practical to turn it on and off while playing, and it was used as an always-on tone enhancer.

The Radian is a pedal conversion of the Rangemaster with one big enhancement: a voltage inverter has been added which allows it to be powered with a standard center-negative adapter while maintaining the positive-ground operation of the original. The PCB also includes a biasing trim pot so you can dial in a perfect bias without having to swap out resistors.

The other enhancement is a “Range” toggle switch that lets you choose between a treble boost, mid boost, or full-range boost. The treble-boost effect in this circuit is achieved by first cutting low frequencies, then boosting the whole signal so that the lows are restored to normal and the treble frequencies are emphasized. This toggle switch lowers the low-frequency cutoff point so that less of the signal is cut and more is boosted. 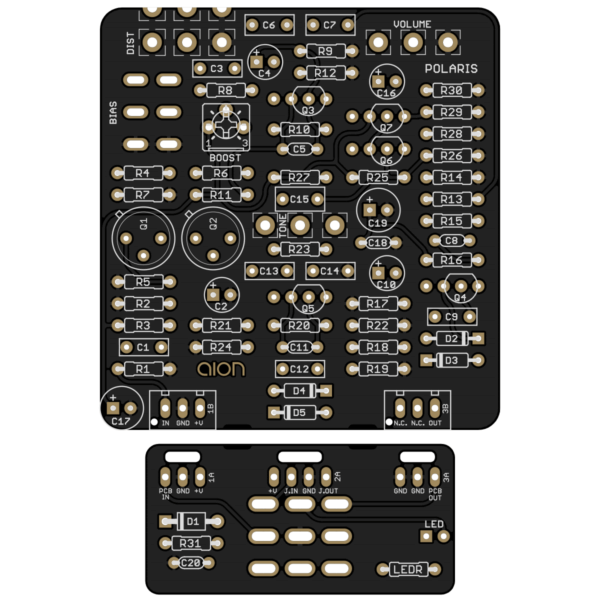