Based On
Ross / Dyna Compressor
Effect Type
Compressor / Sustainer
Build Difficulty
Intermediate
Project Summary
The original guitar compressor, still a favorite of guitarists after over 40 years. The Aurora makes several improvements to the original circuit as well as adding a few new features. 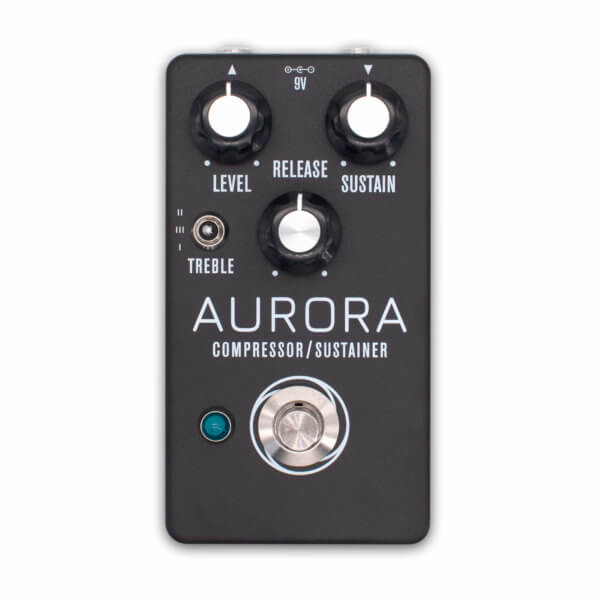 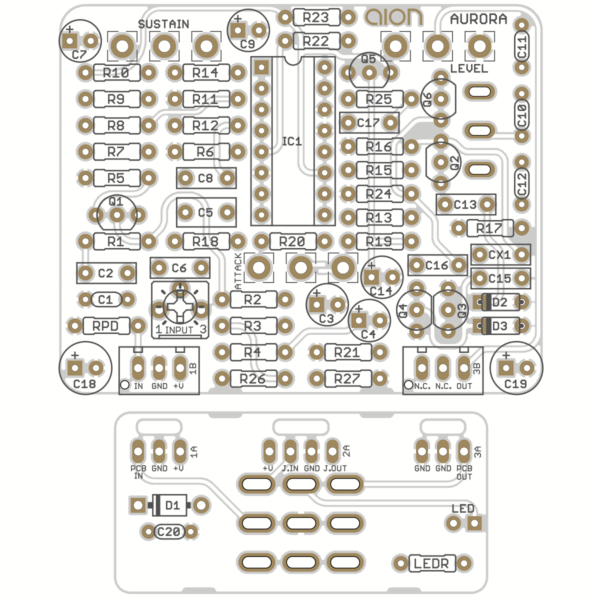 The Aurora Compressor/Sustainer is an updated version of the MXR® Dyna Comp® and the Ross Compressor. One of the first compressor circuits designed for guitar, the MXR Dyna Comp has been a consistent favorite among guitarists, and the circuit is legendary in the DIY community.

The Ross Compressor was an updated clone of the Dyna Comp that got a lot of attention when it was “rediscovered” in the 1990s by Trey Anastasio of Phish. It has better power supply filtering and thus lower noise, but is otherwise very similar to the Dyna Comp.

The Aurora takes things a step further by adding a couple of modifications. First, the obsolete CA3080 has been replaced by the LM13700, which is essentially just a dual CA3080 but with the advantage of still being in production and easy to find.

The output section has also been modified to take the signal from a different part of the envelope detector. This results in drastically reduced ripple (which is perceived as distortion on the otherwise clean signal). Some people like this distortion, so the Aurora was designed so you can still build the “stock” version and use the classic output stage. See the build notes for more details.

The MXR Dyna Comp was first released in 1972.[1] The CA3080 was relatively new at the time, and this was the first guitar compressor that utilized it. The squish of the compressor paired very nicely with the twang and treble of a Telecaster, and the Dyna Comp quickly became a favorite among the Nashville crowd, where it’s still rooted in their traditions.

Surprisingly, the core circuit has evolved very little since that time. Ross, a sister company of Kustom, produced a line of “me-too” clones whose main three pedals (a phaser, a distortion and a compressor) were direct rip-offs of MXR’s classic offerings—even the Ross logo used on these pedals was designed to resemble MXR’s script era. They released their compressor in 1978[2], making a few small updates to the Dyna Comp circuit in the process, mostly related to power filtering and noise reduction.

In 1981[3], Boss released their CS-2, which was based on the Dyna Comp circuit but—in typical Boss fashion—pretty significantly overhauled by their engineers so as to not be a 1:1 clone. In the process, they added an Attack knob, which technically controls the release of the compressor circuit, but the name stuck. Around this time, a number of other compressors were released as well, based around the classic OTA circuit in some form or another: the Ibanez CP-9, Pearl CO-04 and DOD FX-80B, among others.

In 1996[4], Way Huge released the Saffron Squeeze, which was the first Ross compressor clone. It largely went unnoticed in the DIY scene, with many suspecting it was based on the Orange Squeezer but leaving it at that.

In the mid-1990s, the DIY scene took notice of the fact that Trey Anastasio of Phish was using a Ross Compressor, which he had owned since high school. This circuit was dissected in 1999, and R. G. Keen released a schematic, which he updated with a couple of his own tweaks for even more noise reduction and power filtering.

2000s: Beginning of the boutique clones

In 2000, Analogman took apart a Ross compressor with the help of Alfonso Hermida (who later achieved his own success with the Zendrive) and released the second clone, his “CompROSSor”.[5]

A little later, in 2001, Robert Keeley built his Keeley Compressor, which started out based on R. G. Keen’s schematic and gradually added features throughout the years: an input trim for high-output instruments, and a knob to control the attack (release) of the circuit, which was adapted from the Boss CS-2. This became Keeley’s flagship pedal and has sold well over 40,000 units. The original two-knob version was discontinued at the end of 2014[6] in favor of the updated four-knob version (Keeley C-4) with the input trim and attack knobs on the outside of the enclosure.

Roger McGuinn and the JangleBox

The JangleBox also deserves mention in this section. In 1988, Rickenbacker designed a signature Ric 370 12-string guitar for Roger McGuinn (The Byrds) which had an onboard compressor based on the Dyna Comp.[7] There were only 1000 of these guitars made and the compressor was never used in any other models.

In the early 2000’s, the JangleBox was designed by Steve Lasko as a stompbox version of the onboard Rickenbacker compressor. Aside from some component value differences, the main addition to the classic Dyna circuit was a switch that removed the treble bleed capacitor immediately after the OTA, resulting in what is perceived as a treble boost. Roger McGuinn loves the JangleBox and says it’s a spot-on recreation of the compressor inside his signature guitar.

In the past 50 years, many new compressors have been designed using more modern technology… but there’s still something that endures about the old Dyna Comp circuit and its descendants. 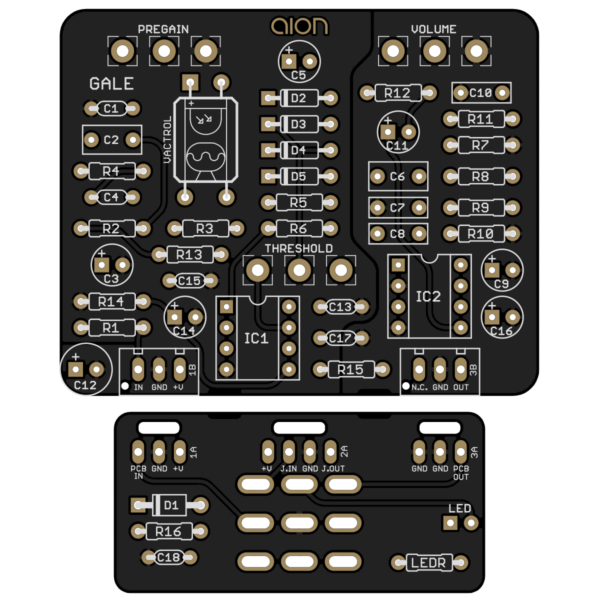 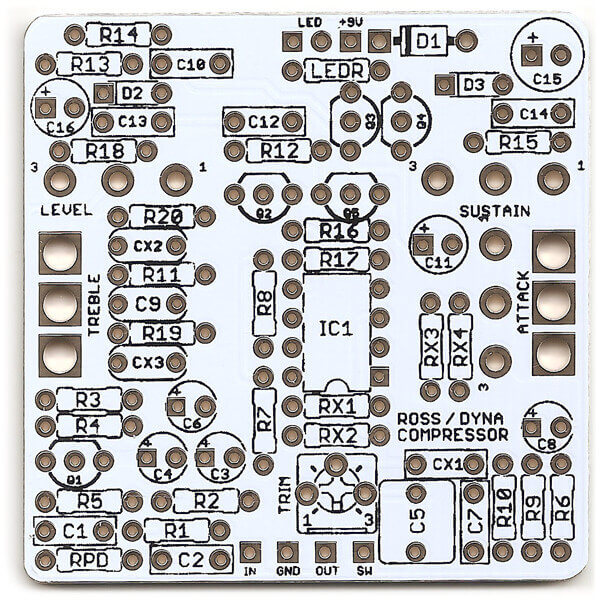