Based On
Pro Co® RAT Distortion
Effect Type
Distortion
Build Difficulty
Easy
Project Summary
A distortion pedal with a very distinctive and tight mid-to-high-gain character that made it a staple in the rigs of 1980s hard rock bands. 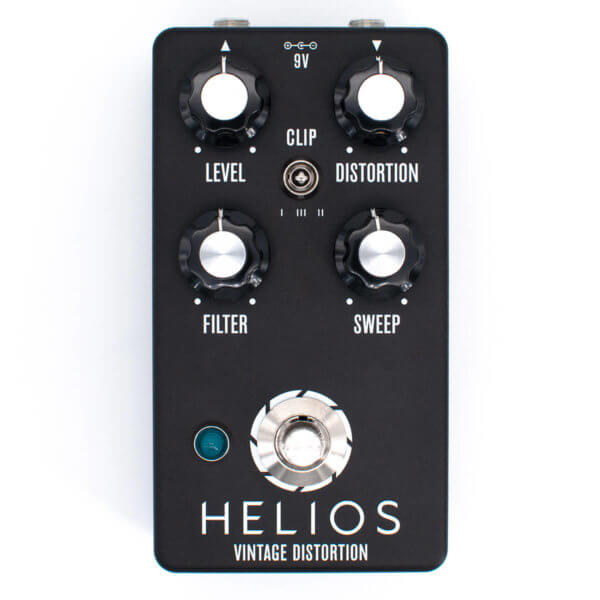 The Helios Vintage Distortion is a recreation of the Pro Co RAT Distortion. First released in 1978, it went through several iterations over the next few decades and was released under other names like the RAT2 and Turbo RAT. The core circuit remained essentially the same throughout its lifespan.

The RAT can be considered an evolution of the MXR Distortion+. It has the same basic op-amp gain stage followed by diode-to-ground clipping. However, it also significantly alters the EQ in the op-amp stage as well as adding a tone control and output buffer.

The Helios adds two modifications: a clipping switch to select between different sets of diodes, and a Sweep control that changes the EQ and gain structure.

The new 125B version of the Helios has been overhauled, reducing some flexibility in favor of an easier and more straightforward build. 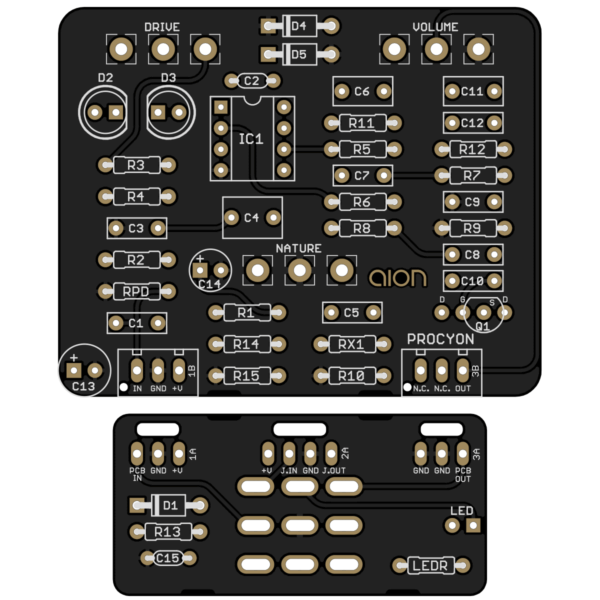