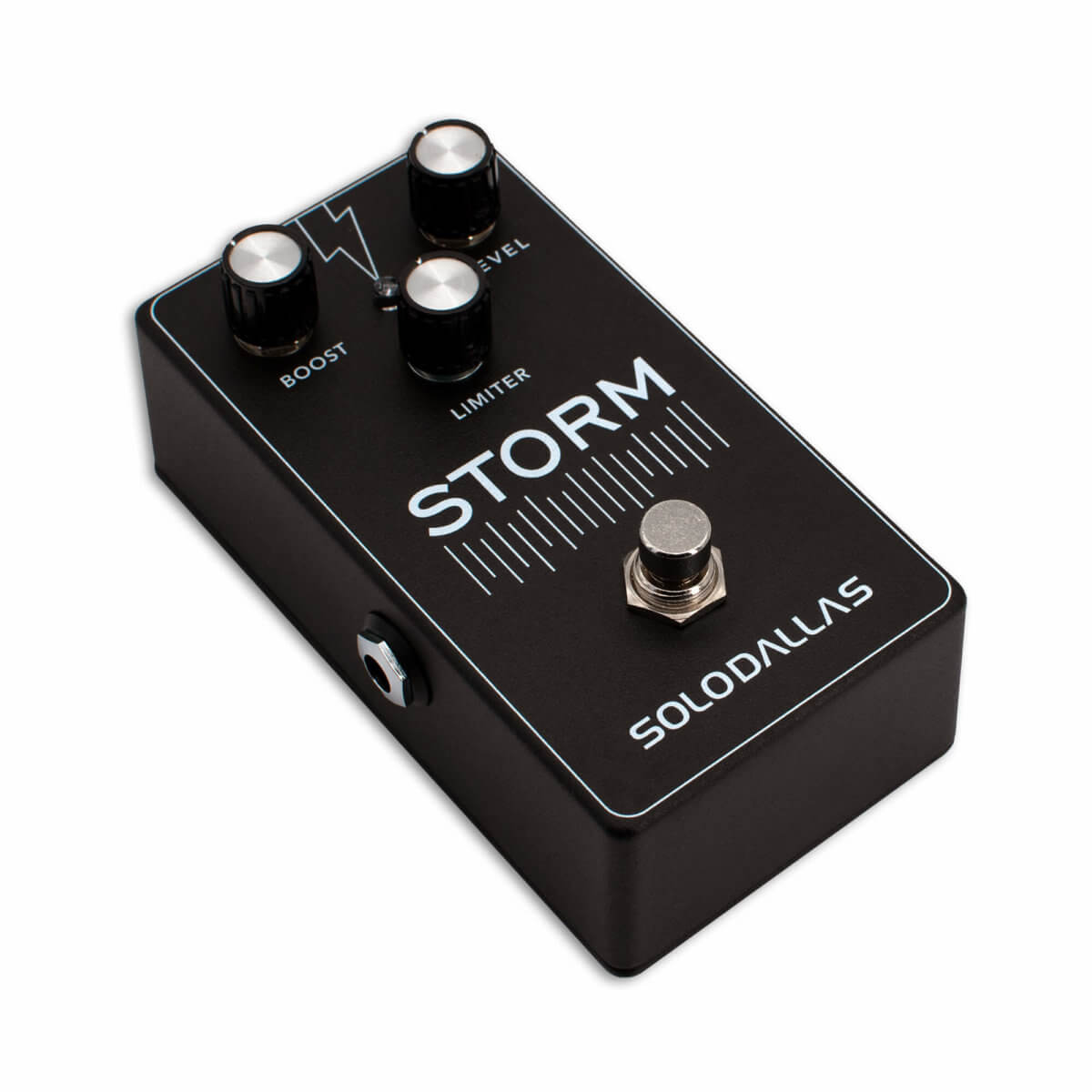 The SoloDallas Storm is a pedal conversion of the Schaffer-Vega Diversity System (SVDS), the first wireless system for guitar that was reliable enough to be used by major touring acts. The SVDS was designed by Ken Schaffer and originally released in 1976 by the Vega Corporation. It was used by several famous guitarists including Ace Frehley, David Gilmour and Eddie Van Halen—and most importantly for this particular story, Angus Young of AC/DC.

The SVDS was eventually lost to time once better wireless systems became available in the 1980s. It wasn’t until an AC/DC fan named Filippo Olivieri (known by his forum handle SoloDallas) started an obsessive journey to recreate Angus Young’s guitar tone that he came across a 1984 interview with Angus where he mentioned using the SVDS in the studio. The SVDS had its own tonal coloration even without the wireless aspect, and it had become part of his tone.

You can read the full story on the SoloDallas website, but the short version is that he managed to reverse-engineer the SVDS and create a replica of it. Fil eventually got in touch with Ken Schaffer who joined him in the venture, and it culminated with Fil getting a chance to meet Angus Young during the recording of Rock or Bust (2014) and deliver unit #001 in person, which was used for all the guitar tracking on the album.

Since then, SoloDallas has become a full-fledged company with several products, including amps and pickups as well as pedals, all centered around recreating classic rock tones.

The Storm is an adaptation of the audio path of the SVDS that captures the essence of the full-size unit in an easy-to-use and affordable format, since the SVDS is about the size of a small desktop computer and costs over $1,000. It replaced the compander in the original SVDS (also used in the Schaffer Replica pedal, the Storm’s precursor) with an optical limiter based on a new reverse-engineer of the SVDS.

Anyway, that’s enough history for now. Here’s a video of the Storm in action: 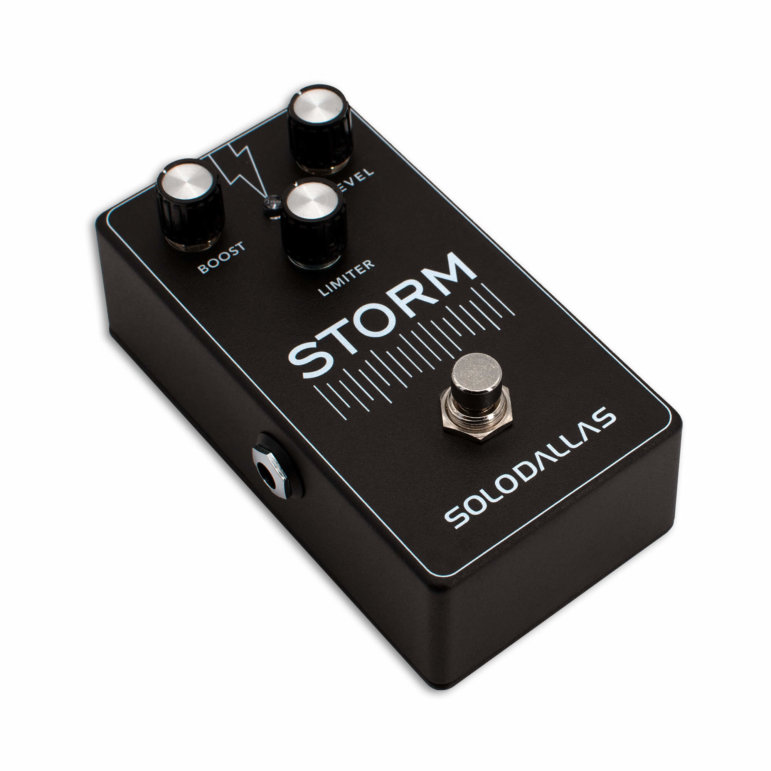 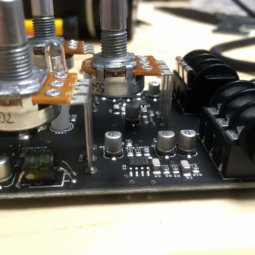 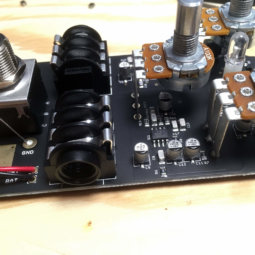 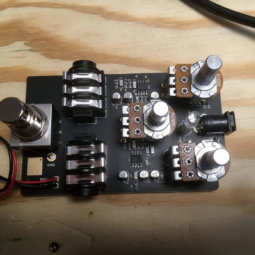 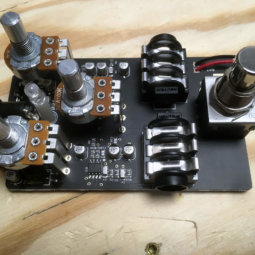 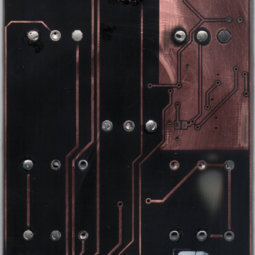 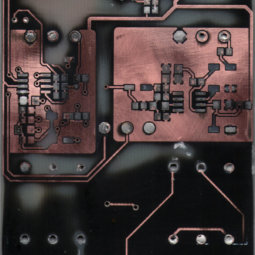 The final two photos show the PCB with all components removed and the solder mask partially sanded down to show the traces. Needless to say, as with previous SMD traces, this one did not survive the dissection. 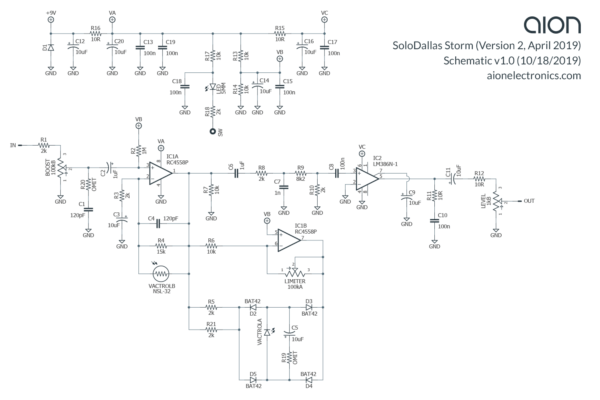 PDF version can be downloaded here.

There are essentially three major sub-circuits that comprise the Storm, each corresponding to one of the knobs.

It’s a very well-designed circuit and does exactly what it says. It doesn’t produce any distortion or clipping on its own, but can drive the input of an amplifier to great effect, and the limiter can deliver plenty of squish along with it.

The Storm has two capacitors on the PCB that are populated, but linked by jumpers on the bottom side so that they are disconnected unless the jumpers are in place. This is a common manufacturing trick in SMT assembly that lets them decide on the fly whether to use either of the capacitors, even on a per-unit basis.

C1 is 120pF capacitor on the input, which is commonly used to tame radio frequencies, and is marked “input RF filter” on the PCB.

C5 is a 10uF capacitor in parallel with the vactrol LED which helps control the attack time, marked “isolator threshold” on the PCB. This capacitor is very commonly used in similar optical compressor/limiter circuits.

On the unit that was traced, both jumpers were unpopulated, so both capacitors were disconnected. Even though R19 and R20 are not populated on the PCB, it can be inferred that they are zero-ohm jumpers that just activate or deactivate their respective capacitors.

There is also another quirk with R5 and R21. These are two 2k resistors in parallel, for an effective value of 1k. This is done because the rest of the board only uses 2k resistors. Since the 1k value is only needed in this one position, it’s more cost-effective to just use two 2k resistors than to have to stock another resistor value and add a step to the SMT assembly process.

The Gale Booster/Limiter is a new project releasing today based on the SoloDallas Storm. It’s the same circuit shown above in the schematic, except for the following three changes:

Disclaimer: Aion FX is in no way affiliated with SoloDallas. Any trademarks are property of their owners and used only for comparative purposes. SoloDallas makes a wide range of incredibly high-quality products. If you like what they do, support them!