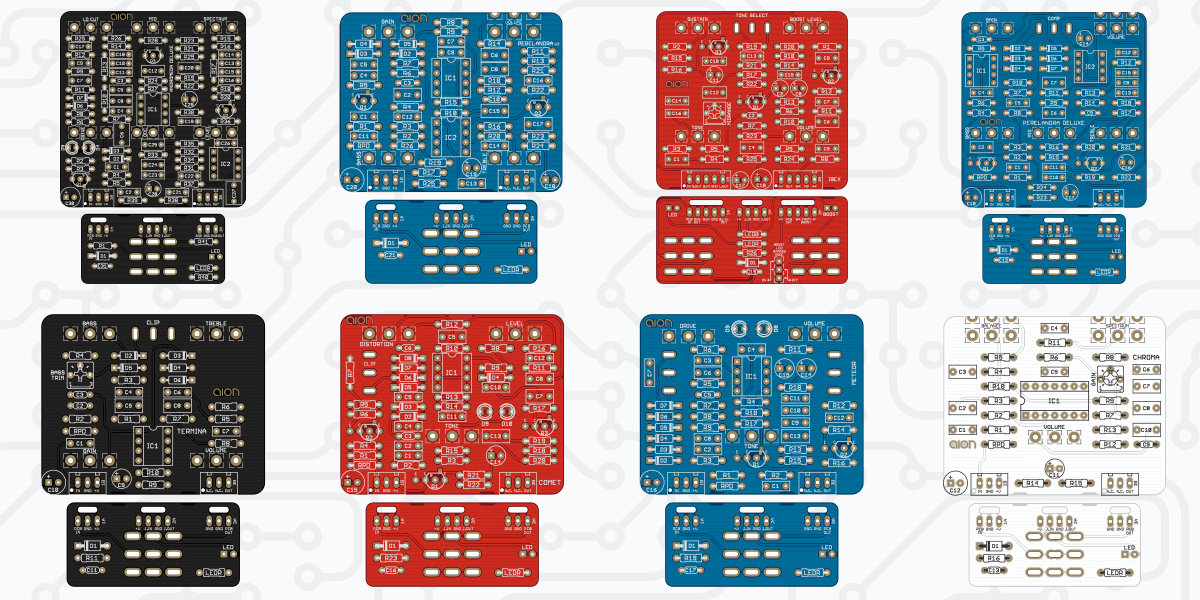 We’re releasing eight new projects today. Four of them are brand new, while the others are updates of existing projects. Along with these releases, we’ve got two new tracing journals for you.

The first new trace will no doubt turn some heads: the Nordland ODR-C, an expanded version of the classic Nobels ODR-1 made by the designer of the original circuit that has become a Nashville staple. It has all the tones of the original, but with three extra knobs, there’s a lot more to tweak. This is the longest tracing journal we’ve done by far, with an extensive analysis of the changes and new features.

The other tracing journal is actually five in one. The Xotic BB Preamp has a whole lot of variants, and I wasn’t ever thrilled about the quality of the schematics out there since they have some significant discrepancies and I’ve only ever seen photos of the top PCB of the sandwich board. So we traced the current release (called “version 1.5”), the Andy Timmons signature, and the bass version, and then from there we were able to infer the two Custom Shop models (“MB” for mid boost and “Comp” for clipping diode selection).

On to the releases! 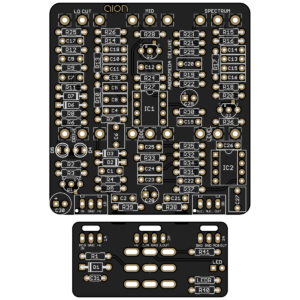 A hot-rodded version of the classic Nobels ODR-1 from the original circuit designer. 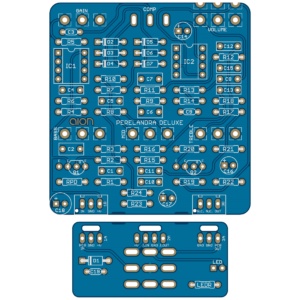 An expanded version of the BB Preamp that combines the two Custom Shop modifications: a “Mid Boost” knob and a diode selector switch. 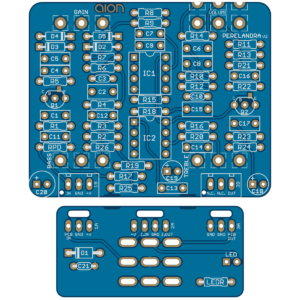 An updated version of the original Perelandra, redesigned from scratch based on traces. Build the current version (version 1.5), the Andy Timmons signature, or the Bass version with this PCB. 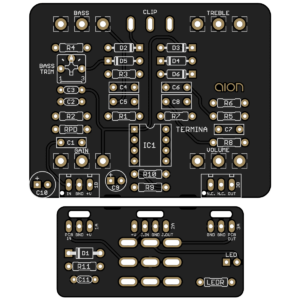 Based on the Timmy from Paul Cochrane, the original transparent overdrive widely credited for kicking off the trend.

Roland’s very first fuzz released in 1972, before they had a competent product naming department. Rip-roaring silicon fuzz that evokes bees and… sheep? 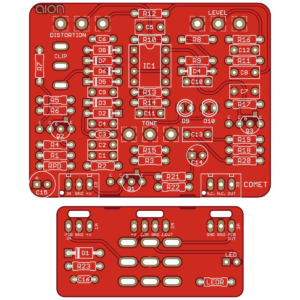 Updated for the 125B platform. This classic orange distortion was the first pedal for many guitarists, but don’t let that keep you from checking it out. There’s a good reason it’s been in continuous production for over 40 years. 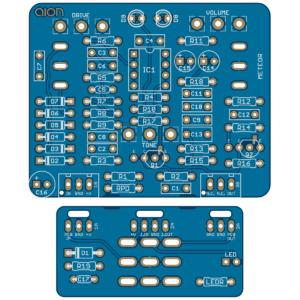 Updated for the 125B platform. The SD-9 was originally marketed as a heavier version of the Tube Screamer, but in reality they share nothing in common. Think Distortion+ with a Big Muff tone control. 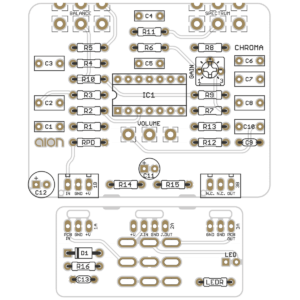 The SP-1 was a simple semi-parametric equalizer with adjustable frequency boost and a dry/wet balance knob. The updated 125B version adds a volume knob to the end and increases the available gain so it can be used as a parametric boost.