Last November, after teasing a new trace of a Cornish pedal over the summer, we surprised everyone when we released not one, but two different Cornish traces and corresponding PCBs: the OC-1 Optical Compressor and the SS-3 Soft Sustain.

That was pretty awesome, so we decided to trace another Cornish pedal. Earlier this week, we had some fun soliciting guesses of the PCB layout, and a few people got it right with some careful sleuthing.

Today, we’re releasing our trace of the Cornish CC-1 alongside a PCB called the Cepheus Amp Overdrive. It’s an original circuit by Cornish and well worth your time to check it out. It’s my favorite circuit of his that I’ve played. 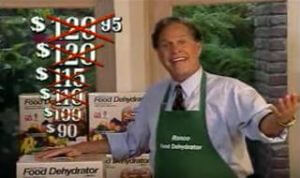 Maybe next year I can work on being more unpredictable. (Plus, I’m definitely going to run out of un-traced Cornish pedals before long.) But we actually traced two new Cornish pedals.

The Cornish ST-2 was originally designed for David Gilmour, and released as a standalone pedal in 2007. David is notably associated with the Colorsound Overdriver and so it was suspected that the ST-2 was Pete’s take on the Overdriver, although some ST-2 owners of course swore it had to be a completely different circuit.

Well, you can see for yourself! The tracing journal is now up for you to check out. The Sigma Vintage Drive is also available today, based on the ST-2 but with a switchable true-bypass mode in addition to the buffered bypass in the original.