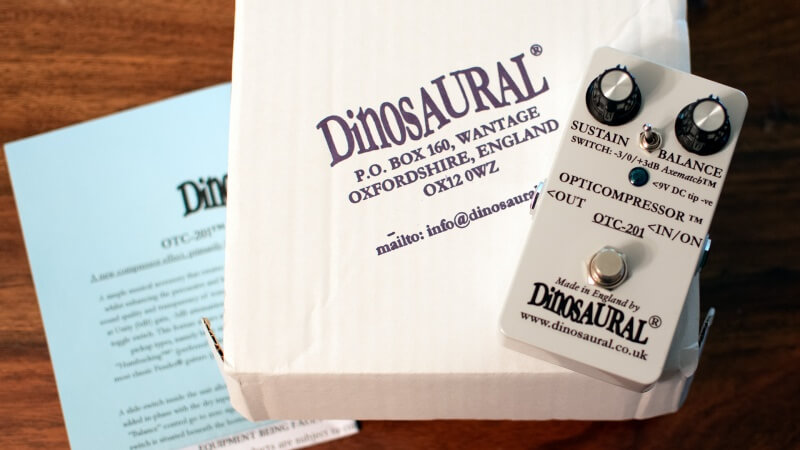 Back in January, I had the opportunity to collaborate on a trace of the Bouteek Distorter Preamp, a super-rare drive pedal that was on the verge of extinction. The result was the Vortex, released in March.

It was a lot of fun to work on, and rewarding to bring a new circuit to the DIY community that no one had ever seen before. I’ve gotten great feedback from several people who have built it.

So… why not keep it going?

I decided to buy a few interesting pedals as an experiment to see if this idea could pay for itself. Well, it turned out to be more than a few—I’ve got about 15 brand new traces underway right now, with schematics already completed on all but a few of them. They’ll all be released as PCBs over the coming months, before the end of the year.

Some of them are very high-profile. Some are outrageously expensive. Some are, like the Bouteek, so rare as to be nearly extinct. Some of them are traces that had been done before, but not accurately, or with a lot of misinformation.

This one falls under both “expensive” and “rare”. Tracing log entry #001: the Dinosaural OTC-201 Opticompressor. 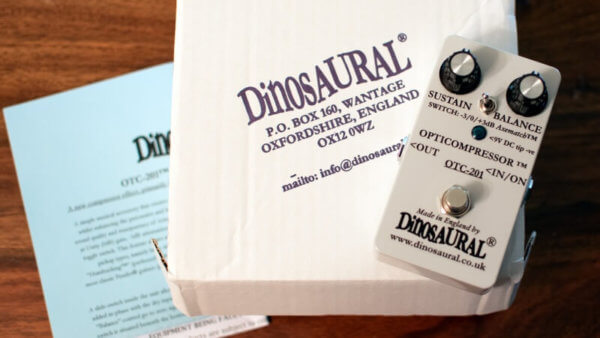 You may not have heard of it, but you likely know the designer: Dan Coggins from Lovetone, the UK company known for its super-complex analog modulation designs in the mid-90s and early 2000s. Dinosaural was Dan’s solo venture after Lovetone folded, and he released three pedals under this name: the Tube Bender (similar to a silicon Tone Bender, based on a design he did for Guitar and Bass Magazine), the Overdriven Pre-Amp OPA-101 (an updated version of the Tube Bender with a buffer), and the OTC-201 Opticompressor.

The Opticompressor is the one new design of the three, and in an engineering sense, it’s a thing of beauty. Probably only a few hundred were made in total, in limited batches between 2013 and 2016. This particular unit was from 2014 based on the serial number. 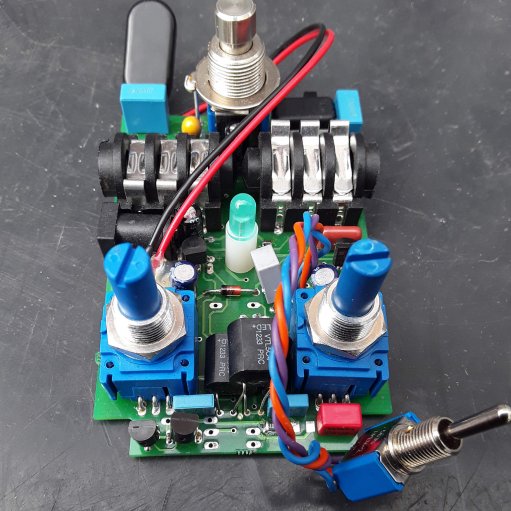 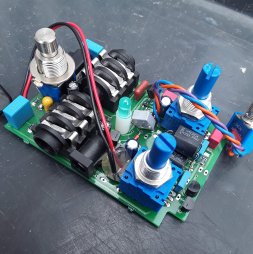 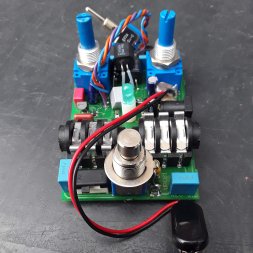 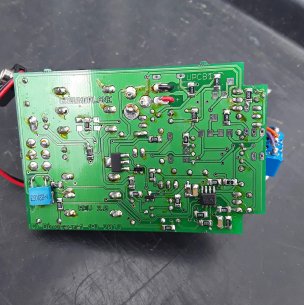 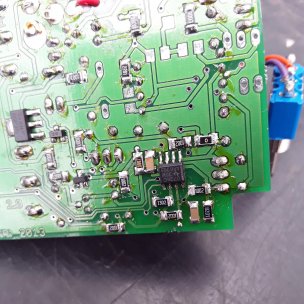 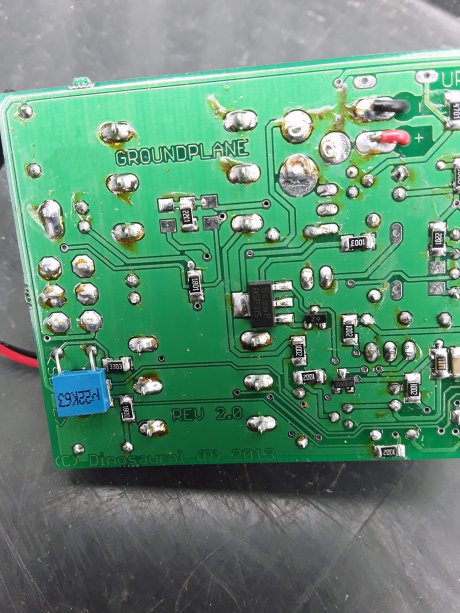 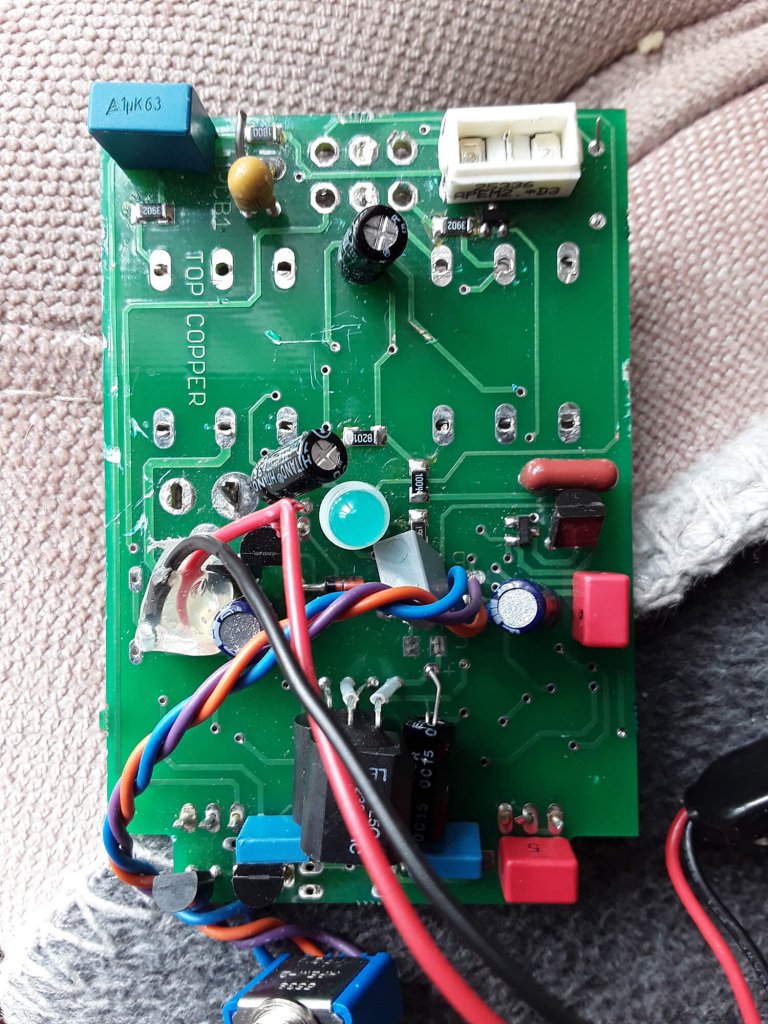 The trace was complicated owing to the on-board hardware and hybrid SMD design. Unfortunately, the pedal did not survive the trace, but it gave its life for a good cause. Here’s the schematic. 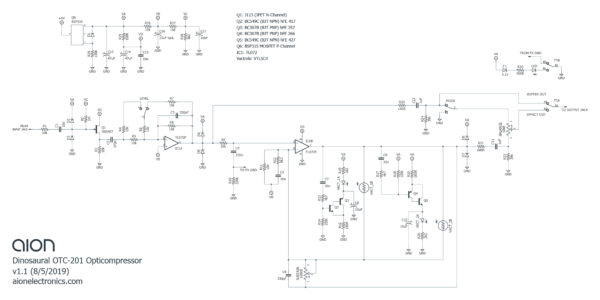 And here’s a PDF version if that’s more to your liking.

The Convex Parallel Compressor is a new Aion project based on the OTC-201 and is releasing today. It’s an exact clone except for one added feature: there’s an internal slide switch to go between buffered mode and true bypass, as with the Refractor. Additionally, the Direct/Blend switch has been moved to the face of the enclosure. 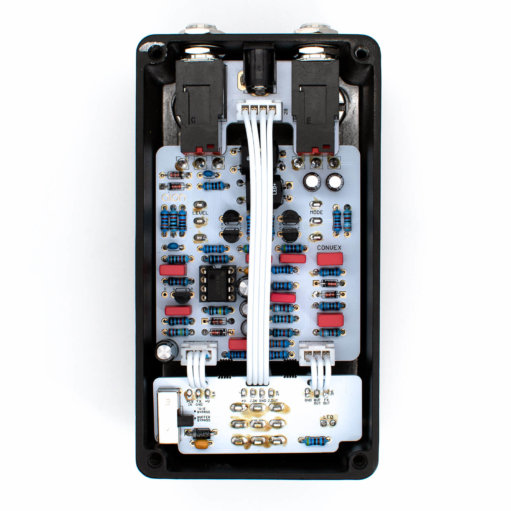 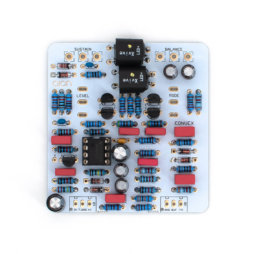 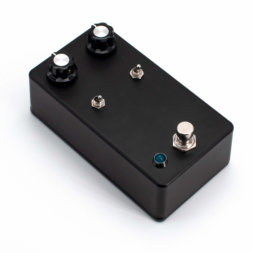 This build is shown using the Input/Output Module Kit which I use for all of my prototypes.

I hope you enjoy it! It was a fun project to design from start to finish, and I’m excited to be able to add a new circuit to the DIY pantheon.