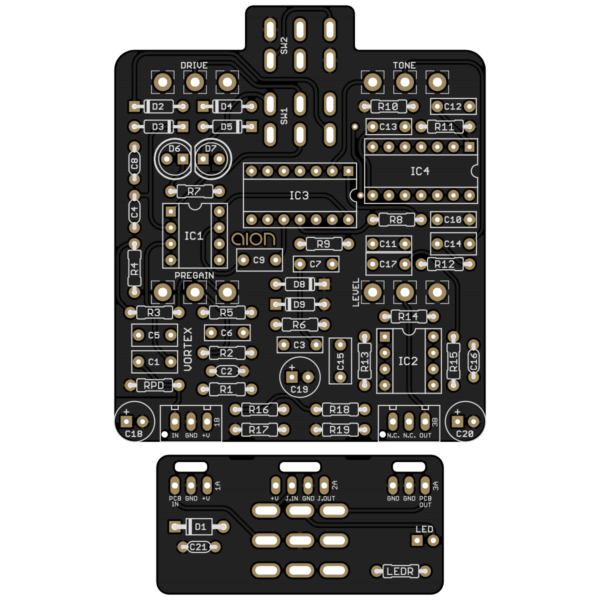 The Vortex Amp Distortion is a recreation of the Bouteek Distorter Preamp, a limited-release pedal from 2009 that flew largely under the radar. It was rumored to have the involvement of someone from Peavey, but otherwise very little is known about the company.

Bouteek released three other pedals. The Overdriver Preamp and the Twin Drive & Boost (Ultimate Drive) were both released in 2009. The Oil Cap Preamp followed in 2011. Each was only available for about a year or two. By mid-2015, Bouteek was fully extinct in the wild.

Circuit-wise, the Distorter Preamp is an interesting combination of familiar building blocks. It starts with two Tube Screamer drive stages with variable clipping options. From there, it goes into a Big Muff tone control stage. Using two CD4066 switches, it selects between two different sets of low-pass and high-pass filters used on both ends of the tone control. At the end, there is a gain recovery stage.

This project would not have been possible without the help of Paul Marossy. He did most of the work tracing the pedal several years ago, but ran into a couple of issues that caused it to be shelved before it was fully verified. Aion FX did a second pass to work out the problem areas and verify the tracing work independently, and then designed the PCB. 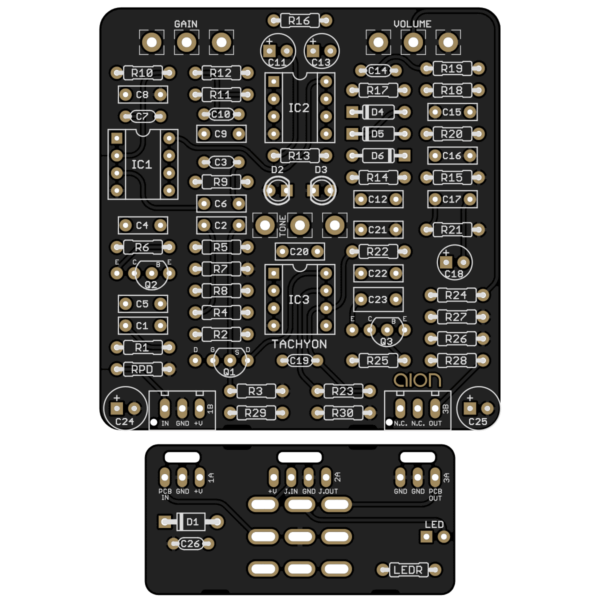