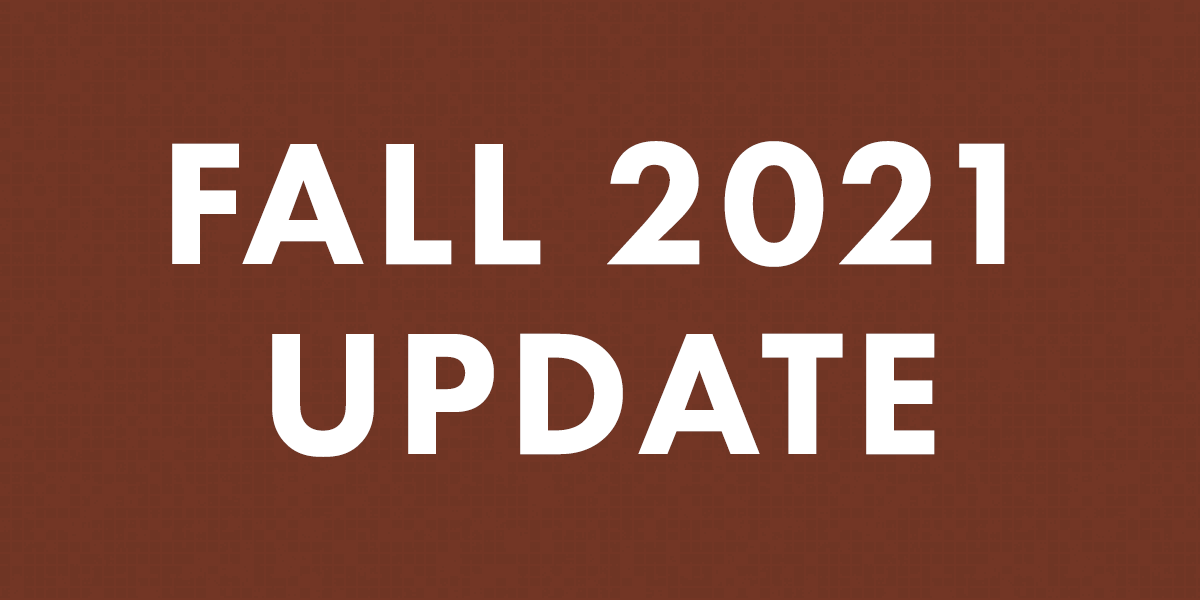 Almost two years ago to the day, in September 2019, I quit my day job and went full-time with Aion FX. The past two years have been a whirlwind—on one hand, it’s hard to believe it’s been that long, but on the other hand, can you remember a time before COVID?

Since going full-time, Aion FX has gone into high gear. Here are some statistics from the past two years:

We’ll have an eventful fall season ahead of us.

We’ve only managed to launch 6 new kits during that time… but with the COVID-related supply-chain issues in 2020 and then the drastically increased demand that followed, it was hard enough keeping the existing ones in stock. But we’ve made significant progress in that area, thanks to the big news I want to share:

Amanda officially started this past week as employee #2. I’ve known Amanda for a very long time… mainly because we’ve been married since 2007. (I can’t claim it was a fair interview process.) She’s been helping out with kit assembly and shipping this past summer, and we decided awhile back that Aion had grown enough that she could quit her day job as a tax accountant and help out with kits, shipping, and various financial matters that are inside her wheelhouse. Her last day was the 15th. We’re still working through logistics and details, but the goal is that I’ll be freed up to spend more time on R&D and releasing new projects without having to balance time between order fulfillment and kit assembly.

So now when I say we, I’m not just trying to punch above my weight as a company: there are officially two of us now!

What to expect from this change? Well, first of all, a lot of the improvements in shipping time and kit availability have hopefully already become apparent the past few months as Amanda’s been helping out—I just couldn’t say anything until she was officially done with her day job. Earlier in the year, the kits would frequently go out of stock for several weeks at a time, but as of this summer they’re usually back within a day or two. The goal is that before long they won’t go out of stock at all.

During the next year, the lineup of kits is going to expand rapidly. Right now fewer than 10% of our projects have corresponding kits. That number will never reach 100% because by nature not all of our projects sell enough to justify the time and expense of developing a kit. But we’ve undoubtedly got a lot more ground to cover in that space between 10% and 100%, and so new kits will become a big area of focus.

Want to have some input into which projects should be made into kits? The “Request Kit” button on non-kit project pages: it’s not just for looks! We go through these votes when thinking about which projects would be good kit candidates. We’ll be releasing six new kits in the next few weeks, and two of them weren’t initially on our radar for kit treatment until we saw the vote tallies.

So that’s where things are at now. It’s been pretty quiet since July, but we’ve been hard at work behind the scenes designing new projects and working on these transitions. The next three months will have a lot of activity as we make a push to finish out the year strong.

For now, we’ve got a sale today through Sunday: 20% off all PCBs, discount taken automatically. Stock up for the fall season!