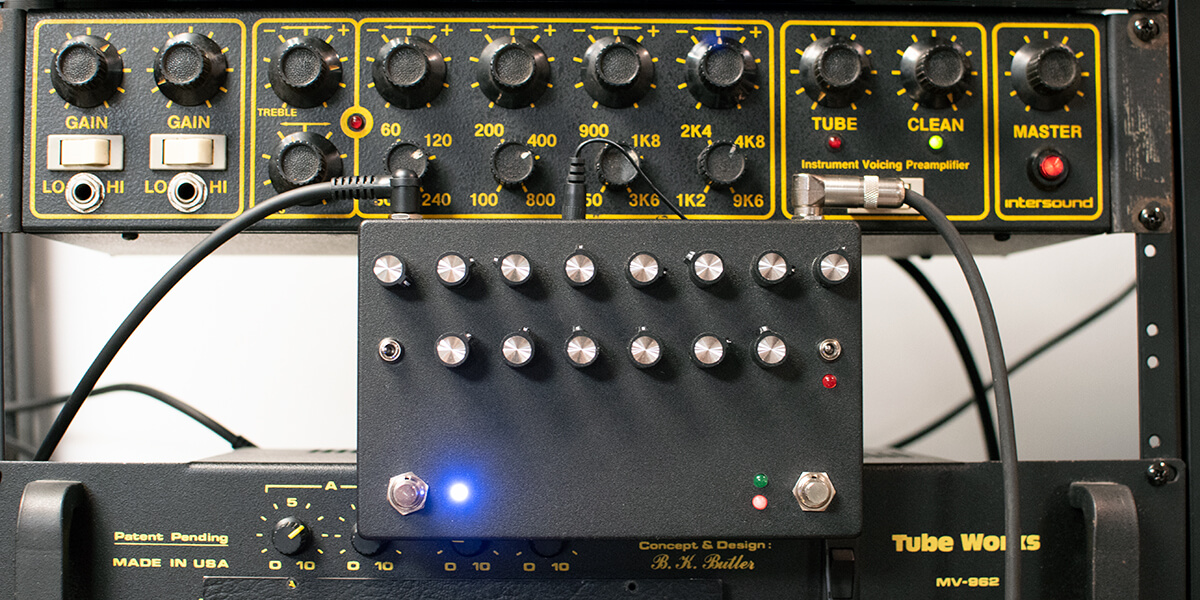 Another big one today! It hasn’t even been a month since we released the Lovetone projects—but they sold out in four days, so you can imagine that provided a bit of motivation to follow up with something equally exciting.

The Intersound IVP (Instrument Voicing Preamp) from 1978 is a studio-quality rackmounted preamp with powerful EQ and a unique overdrive circuit that uses transformer saturation to simulate tube clipping. The company didn’t last long, encountering financial difficulties before selling to Electro-Voice/Tapco in 1980. The IVP continued to be manufactured into 1982, but by the end of the year Intersound was commercially defunct.

It would have been relegated to obscurity if it wasn’t for Steve Albini, who has been using the IVP in his own rig and in the studio for many years. While there have been a few pedal adaptations of parts of the circuit (including our own Isotope, which extracts just the Baxandall EQ and overdrive sections), until today there has never been a full recreation of the preamp, either commercial or DIY. 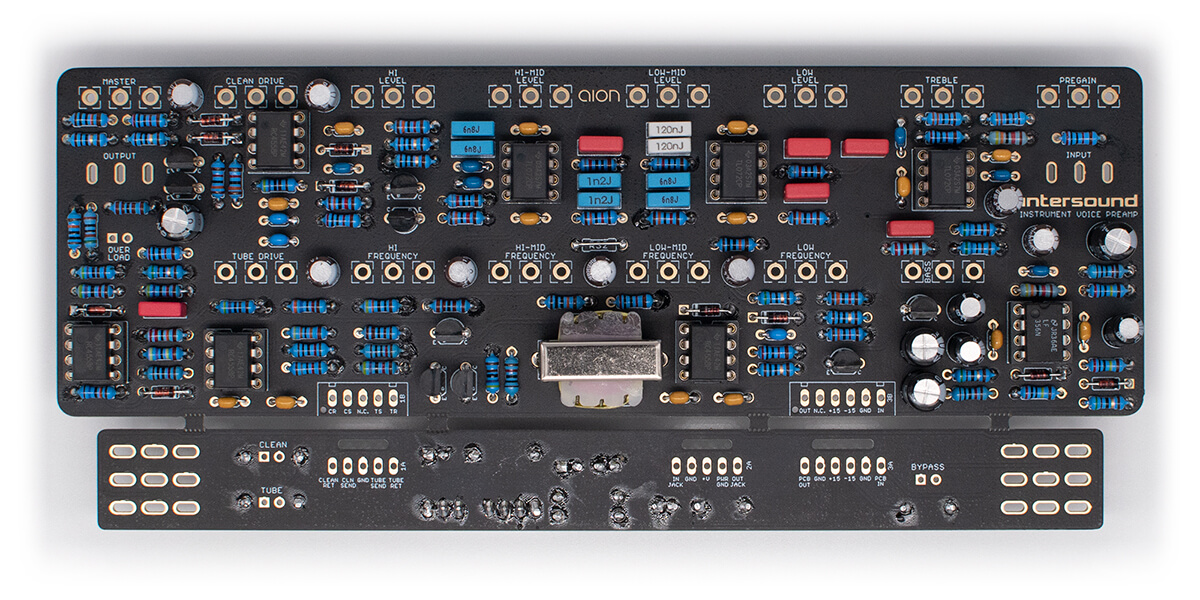 Like our L5 Preamp, which is an exact reproduction of the preamp of the Lab Series L5 amplifier, the IVP Preamp is a part-for-part clone of the IVP.  (And yeah, it’s redundant to call it the IVP Preamp… we’re just following in the grand tradition of DC Comics, PIN number, and ATM machine.)

If you haven’t used one of our preamps before, it’s important to know that while this is sort of a pedal, and it has a bypass switch, it’s not really an effect that you turn on or off. It’s a core part of your rig, a rack unit that happens to live on your pedalboard. Boost, drive and compression should come before the IVP, and modulation and reverb should come afterward. The output can be sent directly to a power amp (or the effects loop return of a conventional amplifier, which is basically the same thing). If you think if it as a compact amp, it’ll perform a lot better than if you think of it as a huge overdrive pedal.

We first did the layout last spring right after COVID hit the USA, but it went through a few revisions before we even built the first prototype. Most notably, the first design used the same 9VAC tripler topology of the L5 Preamp to get +/-15V internally. This has worked great for years, but the required 9VAC supply is a bit of a hazard to have laying around (it’s easy to mistake for 9VDC, but it’ll destroy most pedals if it’s plugged in) so we wanted to do even better.

Fortunately, there are a few more options available today than there were in 2015 when the L5 Preamp was originally developed, and a high-quality DC-DC converter module will do exactly what we need. They’re not cheap (USD$9-13 each), but once you account for the fact that you no longer need a specialized power adapter, the total cost is about the same. The build documentation has extensive information on these DC converters, so if one type happens to be out of stock, there are plenty of other options.

So we’re finally releasing the IVP after more than a year of development! This is without question the largest project we’ve put out, both in terms of the number of components and the physical size of the enclosure. With fourteen knobs and two toggle switches, there’s no way it would fit in anything smaller than a 1590DD. However, it’s still a pretty straightforward build with no obsolete parts, biasing, or complicated wiring. Just go slowly and double-check every value before soldering and everything will go together well.

If you like preamps, you’ll be pretty thrilled with what’s coming in the next few weeks and months. It’s been a productive year so far—this is the 29th new project of 2021 (not counting six new kits), but we’re barely past the halfway point and there’s still a lot more on the way before the year is up!