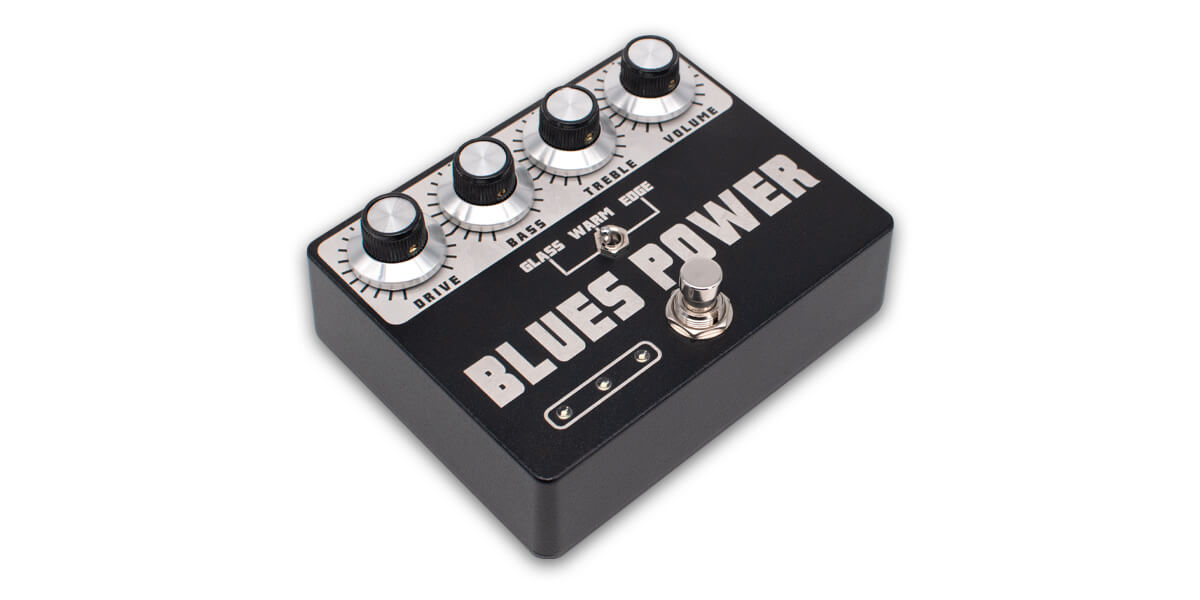 In tandem with the Duellist-Soloist-Heavyhand triple trace, we’re also doing separate one for the King Tone Blues Power. Once again, here’s the official demo from Jesse Davey:

The Blues Power was originally released in 2017 and described as a full-range transparent boost/overdrive. Unlike the Duellist, there was no implication that it was based on any existing classic circuit. It was originally described as “limited edition” in the spec sheet released to retailers, although it was quickly promoted to part of King Tone’s standard lineup.

Changes have been minimal in the past five years since it was released. In 2018 it was cosmetically redesigned, removing “Jesse Davey” from the front of the pedal, solidifying the dot pattern on the logo, and moving the three LEDs from the right side to the left. In 2020, the jacks were relocated to the top side for better space-efficiency. There were no claimed revisions or updates to the actual circuit during this time, which means that as far as we know, the current-production pedal is the same as the initial release.

So what’s going on inside? Is it an original circuit, or something we’ve seen before? We picked up a brand new unit (revision 1.2 from 2021) to find out. 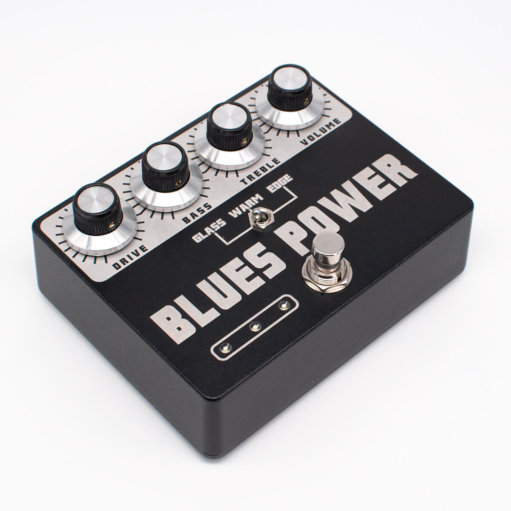 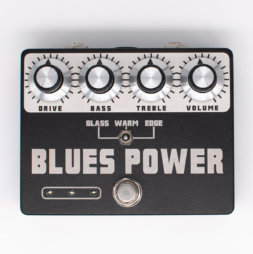 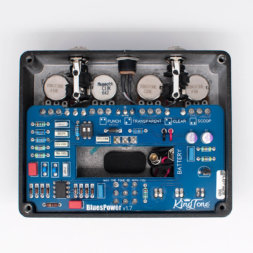 At first glance, the component count and layout would lead us to think it’s a stripped-down Tube Screamer, like a Timmy or perhaps a Zendrive. But a couple of things would cast doubt on that: the inclusion of a transistor, and the four extra diodes.

The transistor can be explained very simply, although the reason for it is perhaps a little more complicated: all three pins are connected to the ground plane on the bottom side. 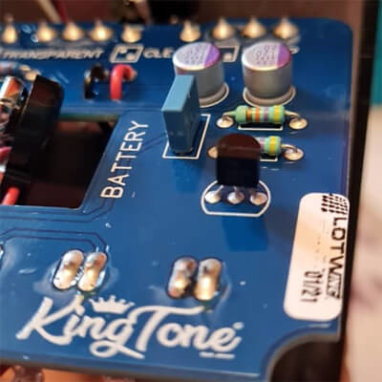 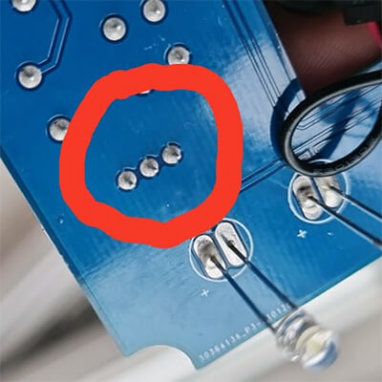 So it’s a decoy, most likely included to throw people off the trail who might be studying gut shots to try to figure out what it’s based on.

Before you say, “What about internal signal planes?”—if something is connected to ground, that supersedes all other connections! This is definitely only a 2-layer board, but I just want to head off anyone who’s thinking that we had to have missed something, as did several people on the Facebook post when we originally discovered this and posted about it.

One other interesting thing about this is that the transistor wasn’t present in version 1.0 of the board, based on reviewing gut shots. It was added in a more recent version, but no extra components seem to have been added along with it. If a transistor appeared out of nowhere, you’d expect that it would have 3-5 more components along with it, since a transistor has very limited usefulness on its own without biasing resistors and coupling/bypass capacitors. 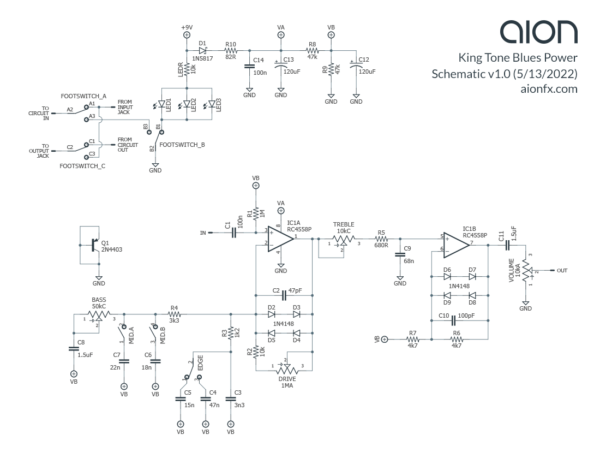 Yep: it’s a Timmy. (Maybe marketing it as “transparent” should have given it away, but we had to know for sure!) A few tweaks, and a DIP switch and toggle to control the filter frequencies off the opamp drive stage, as in the Heavyhand and Soloist. But they clearly used the Timmy as a starting point, and they didn’t change it much.

So, about those four extra diodes: these are wired as fixed clippers in the second stage, which has a gain of 2 (1:1 resistor ratio + 1 for being non-inverting). Multi-stage clipping is usually a great way to get amp-like drive characteristics, but it’s really not doing much here since the gain is very low and fixed in place, and there is some loss between the first and second stages with the passive tone control. (If someone wanted to run a simulation on this to confirm, I will add it here with credit.) I suspect the diodes were included more as a distraction like the transistor, though they are not technically useless. 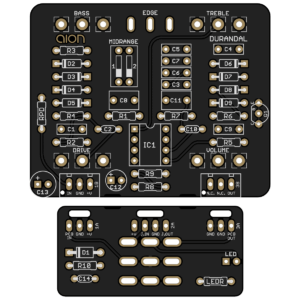 The Durandal Transparent Drive is releasing today. It’s an exact clone of the Blues Power (including the decoy transistor!) but in a much smaller enclosure more appropriate to the size of the circuit.