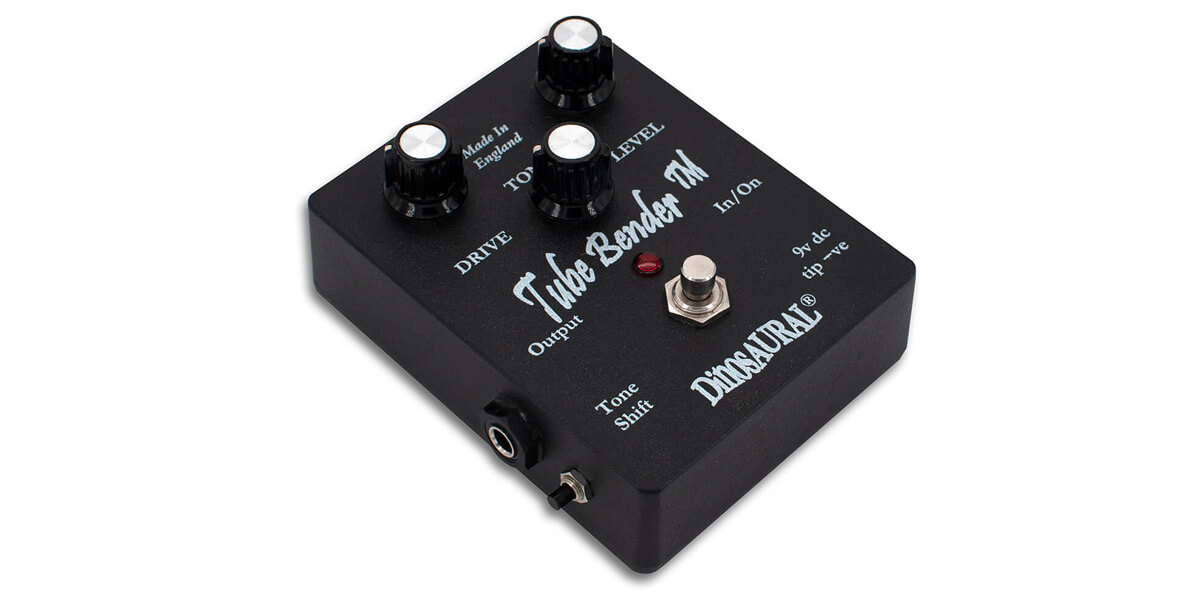 In October 2003, Dan Coggins (formerly of Lovetone) released his first commercial pedal under the Dinosaural brand, called the Tube Bender. His design goal was to make something that was sort of a tonal hybrid of the Tone Bender and Tube Screamer, hence the name. And honestly, having listened to it, I’m not sure there’s a better way to describe it.

He only made around 140 of them between 2003 and 2007, but many of them were snatched up by musicians and producers in the UK. So while they’re exceedingly rare, you’ve most likely heard it. Like this, maybe:

Several Tube Benders made it to Snow Patrol, and according to Snow Patrol’s manager, the pedals were all over their 2006 album Eyes Open. (Side note: When this album first came out, I mentally bookmarked their rhythm tone. Not my favorite band, and the guitar work isn’t going to drop any jaws, but wow that tone is chewy and nutritious.)

The Tube Bender circuit actually predates the commercial release. In February 2003, Dan collaborated with Guitar Magazine in the UK to release a DIY kit for the Tube Bender. which was at that point a brand-new circuit design exclusive to the magazine. The schematic and a portion of the technical description can be found here, including waveforms comparing it to overdriven tube amplifiers. The commercial version seemed as though it was a tweaked and updated version of the same circuit, although nobody had ever traced the commercial version to know exactly how different it was.

Fast-forward to 2016, a few years after Dinosaural had released their other two commercial pedals, the OPA-101 Overdriven Pre-Amp and the OTC-201 Opticompressor. Dan did an extremely limited reissue of the Tube Bender, exact replicas of the original (even down to the PCB). The only differences are that it uses a black enclosure and the DC jack was changed to the more standard barrel-connector (Boss) style.

When I say extremely limited, I mean he made 12 of them. That means with ~140 of the original pedals and 12 of the reissues, there are barely more than 150 Tube Benders in the world.

Well: I got to play (and trace) one of those 12 reissues.

And the verdict? This thing is nothing short of a wonder. I’ve played a lot of drive pedals, as you can imagine given my line of work. And while Dan is an excellent designer, one of the legends of the craft, it’s just a silicon transistor fuzz, right?

But two minutes after plugging it in, I was already trying to decide which pedal would be permanently kicked off of my board to make room. This one’s special.

And… it’s pretty different from the DIY version. 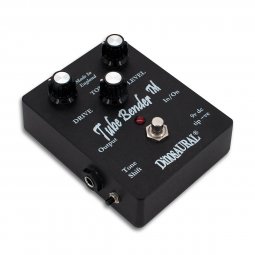 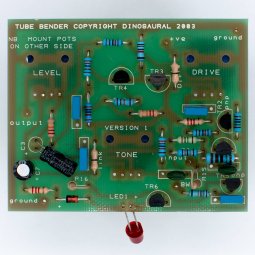 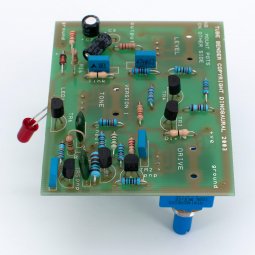 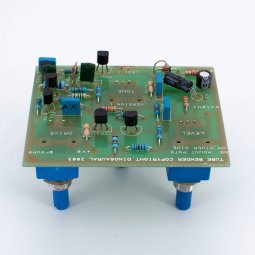 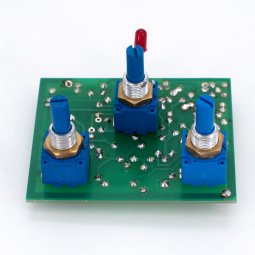 Since it’s relatively spacious single-sided design, the trace was pretty straightforward and everything went back together the way it was. We often have to sacrifice pedals in the name of scientific advancement, but not today. 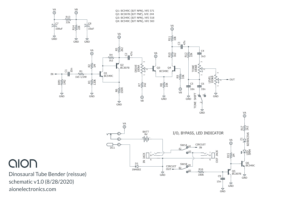 So what are we looking at? Well, the overall topology is basically identical to the magazine version, except for the addition of the Tone Shift switch. But, half or more of the values are different, meaning the magazine and commercial versions aren’t going to sound the same at all.

The LED sub-circuit is a pretty creative way of illuminating an LED without a direct ground connection, allowing the use of a DPDT footswitch—very similar in concept to the Millennium Bypass but executed differently. It’s not needed when using a standard 3PDT bypass switch.

The Wyvern Silicon Drive is available today. It’s a direct clone of the Tube Bender, but with the modification of adding a second position to the Tone Shift switch that’s in-between the flat and scoop modes. It’s a pretty easy build, so if you’re at all curious to hear what the fuss is about, check it out.