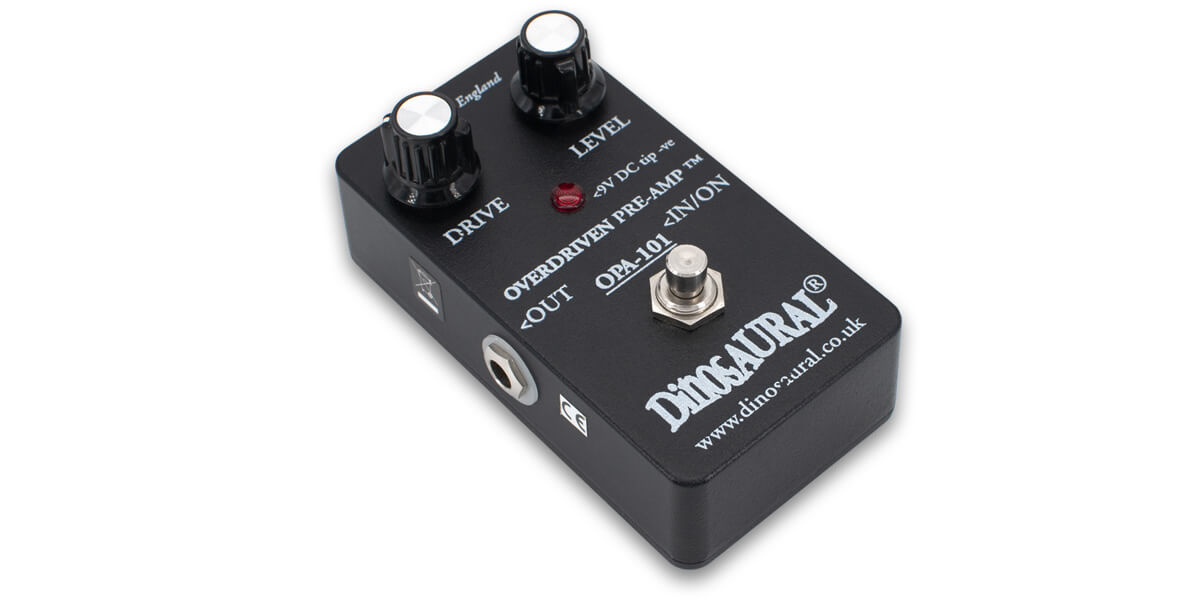 We’ve got a trilogy! The very first tracing journal we ever did was the Dinosaural OTC-201 Opticompressor back in August of 2019. A few months ago, we took apart the Tube Bender. And today, we tackle the last of the Dinosaural pedals: the OPA-101 Overdriven Preamp.

All three pedals are incredibly rare, with only a few hundred of each in existence—and they’re unique designs that bear the marks of labor in their design. So we’re thrilled to be able to preserve them and make them available to the DIY community.

The OPA-101 was intended to be an update to the Tube Bender, but even a brief look at the PCB will tell you that they don’t share much in common, with an op-amp and a JFET that don’t appear in the Tube Bender’s all-discrete bipolar transistor topology.

So what’s going on? Let’s have a look inside. 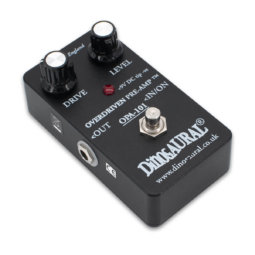 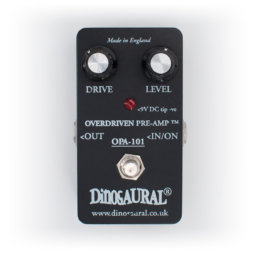 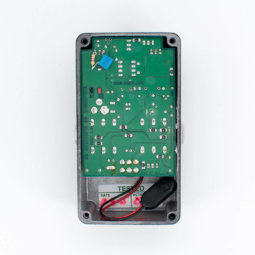 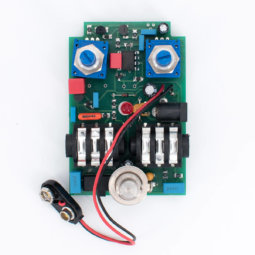 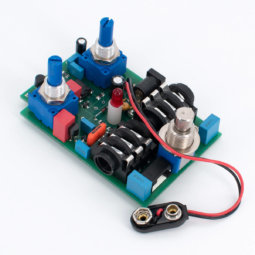 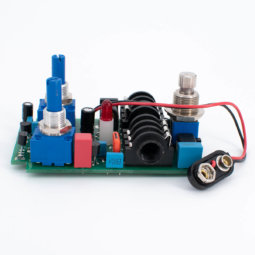 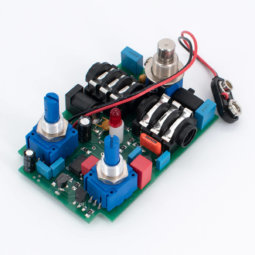 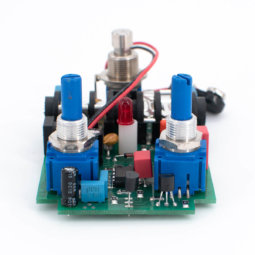 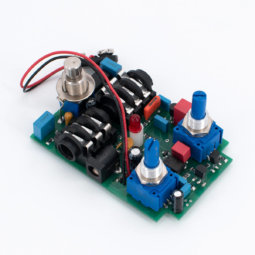 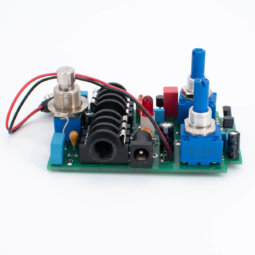 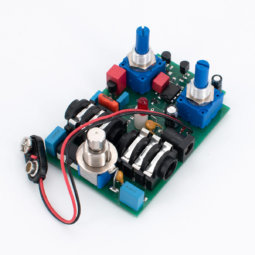 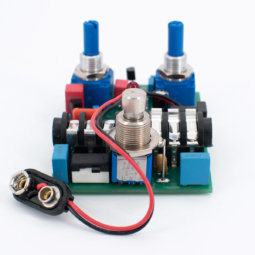 It’s a hybrid through-hole/SMD design whose construction is identical to the OTC-201. The build quality is excellent and the components are all very high-end. 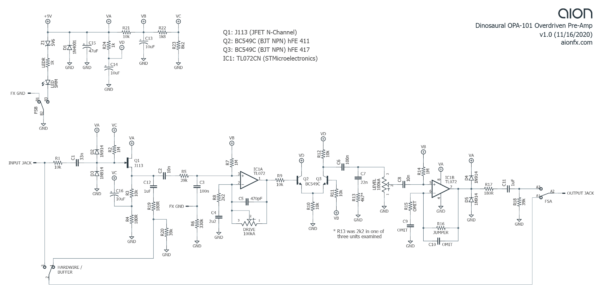 Compared to the Tube Bender, the only thing in common is the unique clipping arrangement: an overdriven two-transistor amplifier that serves as the core of both circuits, forming a diode-less clipping stage. However, if you think of it in terms of high-level circuit blocks rather than specific components, it’s a little more clear what’s going on.

The OPA-101 still has a gain stage that overdrives a transistor amplifier—but the gain is supplied by an op-amp rather than a transistor. It still has an output buffer, but it’s again courtesy of an op-amp. It adds a JFET input buffer that can optionally serve as buffered bypass.

Curiously, though, the tone control has been omitted. We examined 3 units and found that all three of them had a resistor and capacitor going to ground near the volume control, forming a filter that cuts the treble frequencies after the clipping stage. These components were tacked on as though they were a modification, but the fact that they are present on all known units would indicate that it was a last-minute design change after the PCBs had been manufactured but before the units were sold.

Regardless, the treble cut is still fixed, not variable, and this is a hard sell on a modern overdrive unit because it can’t be adjusted for the specific guitar or amp. And although the OPA-101 is rare, I know of two accounts of owners who swapped the fixed resistor for a trimmer to make the treble cut variable, so the lack of a tone control is a common complaint.

And what’s going on with the output stage?

As with the treble cut, this is likely a late-stage change after the PCB was manufactured and it was determined that the maximum output level did not need to be increased.

Is it true bypass?

The OPA-101 has the option to go between buffered or what they call “hardwire” bypass. If you look at the schematic, the hardwire bypass is not technically true bypass because the signal is always fed into the input of the circuit. True bypass requires the signal to be switched at both the input and output of the effect. 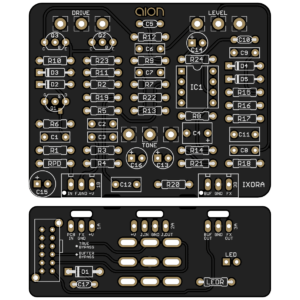 Releasing today is our version of the OPA-101, the Ixora Overdriven Preamp.

The Ixora is a fairly straightforward adaptation of the OPA-101, but with one obvious addition: the fixed resistor in the treble-cut section has been replaced by a potentiometer. This adds a true tone control that can be set identically to the stock unit, or can make it darker or brighter. The stock treble setting is very slightly under the 12:00 position on the tone knob.

There’s also one other minor change: the bypass scheme has been tweaked so that the hardwire bypass mode is actually true bypass. The buffered bypass mode is identical to the stock unit.

The pads for the output gain stage have been left as in the production unit, with the option for an output gain stage that can also cut some of the bass frequencies. The op-amp can still be configured for a buffer by jumpering R16 if you want to build the stock unit.