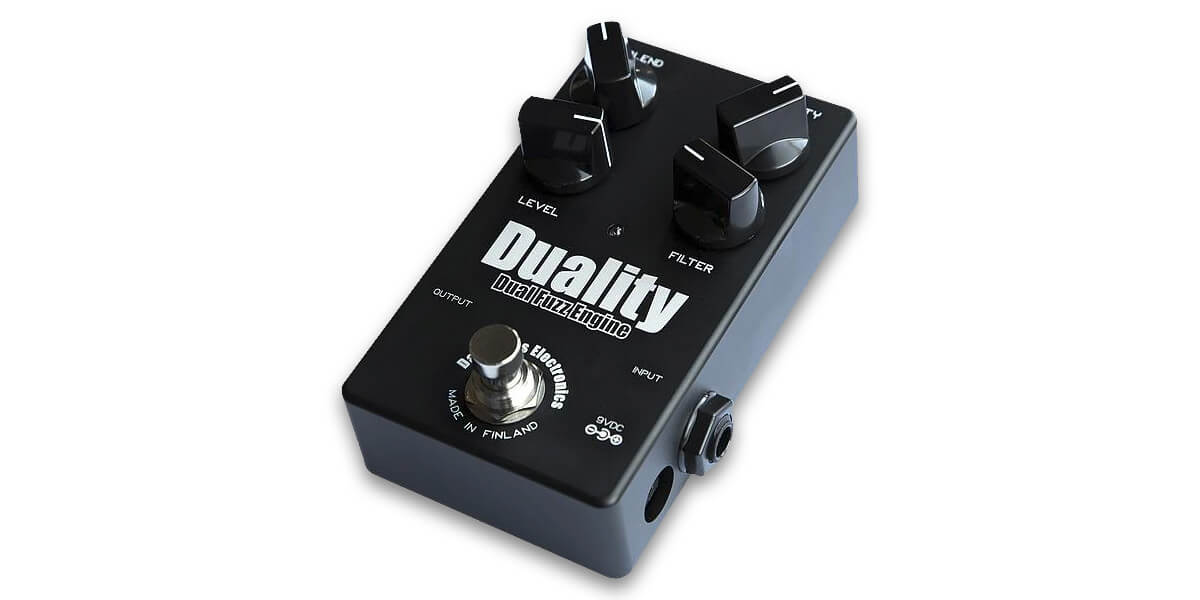 Here’s an interesting one. The Darkglass® Duality is an all-original bass drive circuit that features two parallel fuzz paths that can be blended together in any ratio. Here’s a demo video showing what it can do.

Darkglass designs are always interesting, so we picked up a Duality and did our thing (i.e. completely destroy it in the name of science). 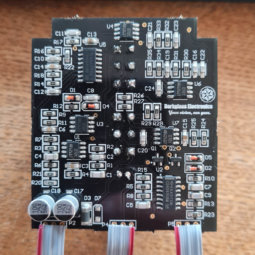 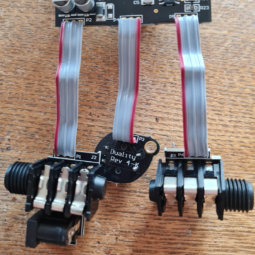 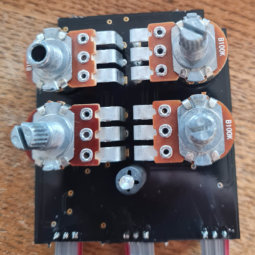 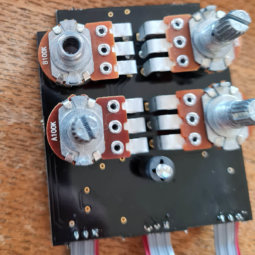 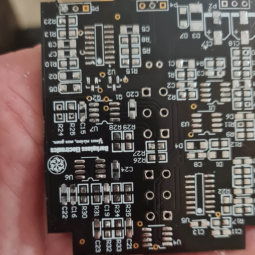 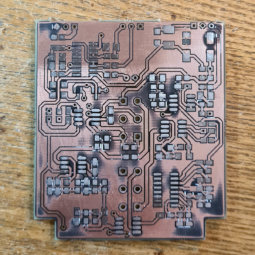 Sanded and ready for tracing

It’s a very clean SMD layout. Note that this PCB says Revision 4-K. A newer Revision 7 unit was partially traced on Freestompboxes.org. As far as we can tell, there’s only one component difference between the two, so the revisions seem to be primarily layout optimizations. 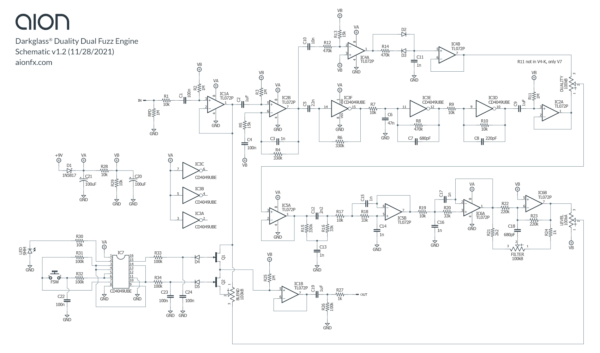 It’s always refreshing when a design turns out to be just as interesting as you hoped it would be. The speculation that the first fuzz path is similar to the B3K is of course correct: we’ve got a cascade of overloaded CD4049UBE hex inverter stages providing the distortion, although in this case there are three CMOS stages where the B3K only uses one.

The second fuzz path is devilishly simple, using a single op-amp stage configured as a comparator: signal to inverting input, non-inverting input tied to reference voltage, and no feedback path. As the input signal swings above and below the threshold set by the reference voltage, the op-amp converts this to the maximum and minimum voltage (a process called hysteresis), resulting in a heavily distorted (nearly synthesized) square wave. The comparator is followed by a primitive two-diode noise gate to keep it quiet when no signal is coming through. These diodes also add crossover distortion.

Comparators are not commonly seen in guitar pedals, but there’s one notable precursor: Craig Anderton’s “Ultra Fuzz” (first published in Electronics Project for Musicians in 1978) operates on a similar concept, although in that circuit the comparator’s threshold voltage is variable (adjusted by the Sensitivity control) rather than being fixed as in the Duality.

So yes, this part was surprising: what sounded to me like misbiased transistors (Fuzz Factory, Big Cheese, etc.) turned out to be something unexpected. Not entirely original—but the Ultra Fuzz has a mixed reputation at best, so it’s good to see the basic concept applied in a new way that sounds great.

Back to the circuit. After the fuzz path comes a few stages of filtering, both active and passive, followed by a “Filter” control that is identical to the Klon Centaur treble control (resembling half a Baxandall) but with values adjusted to push the center frequency up to around 5kHz.

After this comes a volume control that only applies to the fuzz signal, and then a clean-blend ratio control. The combination of the effect volume and clean blend provides extra fine-tuned mixing capabilities that can’t be achieved with just the blend control by itself—although it’s not quite as flexible as having two separate volume controls (with the clean blend path being boosted so it can get above unity if needed), which would be more like a mixing console.

The bypass is pretty standard JFET flip-flip, only using the CD4049 instead of transistors like BOSS or Ibanez. Q1 and Q2 are (alternately) extremely high resistance or nearly shorted. In bypass mode, the fuzz path is disabled and the blend knob is hard-wired to 100%. This is an elegant way of obtaining a high-quality buffered bypass with minimal interference to the audio path.

The only apparent difference from the Revision 7 unit on Freestompboxes is the addition of R11, a 1M bias resistor at the input of the opamp buffer stage after the CMOS inverters. This is good design practice and was just an “editorial” change rather than a tonal tweak. Beyond that, the Rev7 trace did not have any capacitor values, so it’s possible that there may be more differences—but other than R11, all the resistors were the same, so it seems unlikely.

One last thing to mention: in the schematic above, C16 (C22 in the original Duality) comes between R19 and R20, instead of between R20 and the noninverting input of IC6A. This is in contrast to the preceding stage, as well as the Microtubes B3K in which both stages have the capacitor to ground at the noninverting input. However, we’ve triple-checked this and the Duality does in fact have it set up this way (both our Rev4 unit and the newer Rev7 unit)

In this configuration, it forms a 16kHz lowpass filter, which means it does basically nothing in this application and is likely a mistake in the design. If it was in the expected position, it’d be a much more reasonable 3.7kHz filter. But it’s stayed the same across at least seven revisions—so mistake or no, it’s part of the sound. 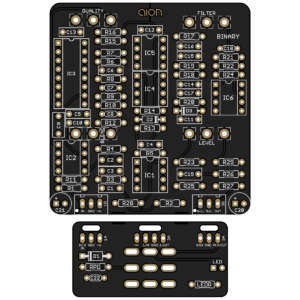 The Binary Dual Fuzz is out today. The audio path is identical to the Duality, but it’s been converted to standard true bypass and the JFET switching has been removed.

We’re also releasing a new project called the Maelstrom Bass Drive, based on the Darkglass Microtubes B3K and Vintage Microtubes. Historically Aion FX hasn’t had a lot of circuits geared toward bass players, but these two should satisfy the appetite for low-end until we have a chance to release more.