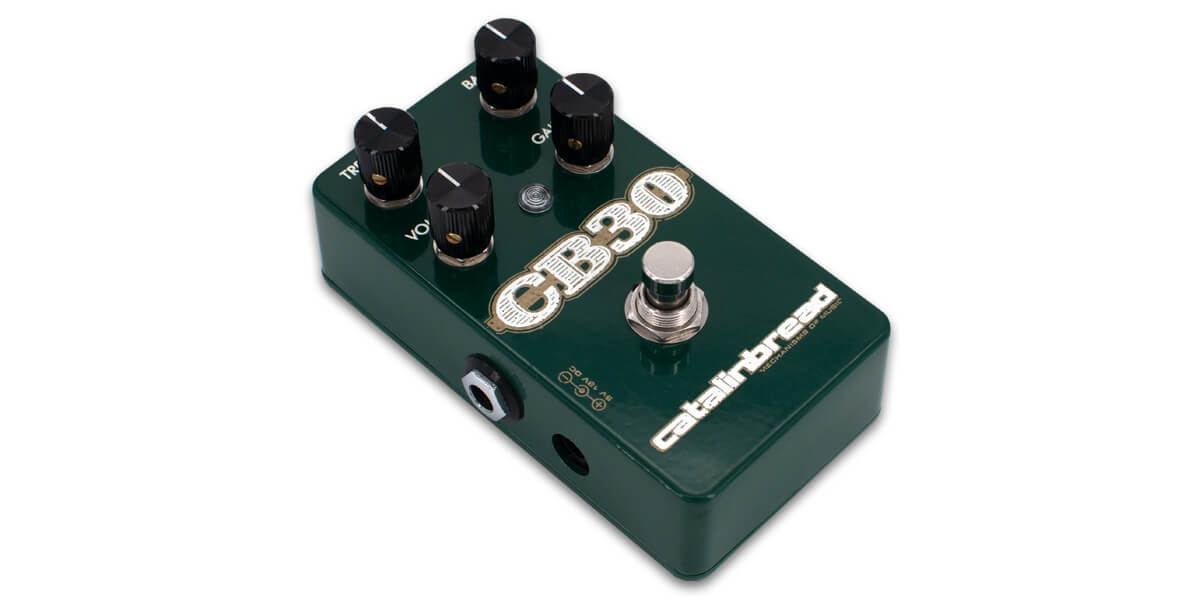 The Catalinbread CB30 was first released in the summer of 2011 as their Foundation-series take on the Vox AC30. The tireless heroes at Freestompboxes traced it within a few weeks of release, with extensive photos detailing the process.

This past summer, I decided to create DIY projects for as many of the Catalinbread foundation pedals as I could. I started work on the CB30 during that time, but after doing some research, I found that a lot of people had reported issues with their builds or said it didn’t sound very good, with no clear solutions provided. So I decided to pick one up and verify the schematic on my own before proceeding with the PCB design.

After opening it up, though, I was surprised to find that it was a very different PCB than the one that was traced: (FSB on the left, mine on the right) 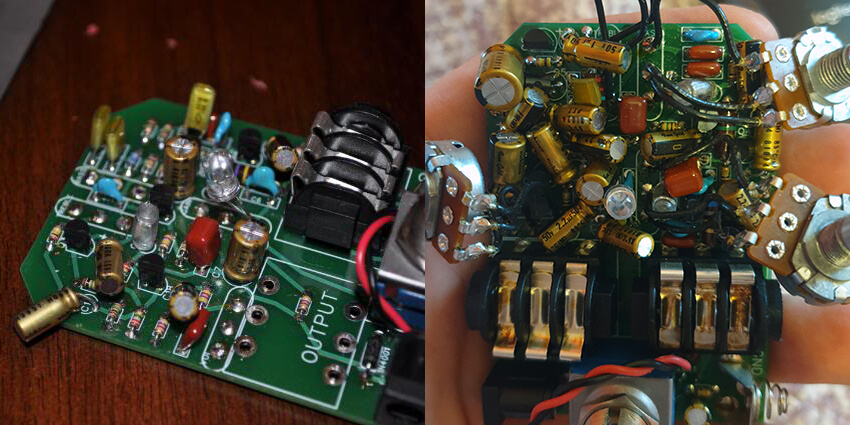 The pedals looked exactly the same on the outside, and what’s more, the PCBs were both dated 2011. There was no official word from Catalinbread that there had been any revisions to the CB30, and certainly not a complete overhaul within months of the initial release. But here it was: the one from FSB very clearly had five JFETs while mine very clearly had 8, not to mention the veritable forest of electrolytic capacitors.

So I put the PCB layout on hold while the CB30 went in the tracing queue, and in November the Gaia Mk. II (based on the Galileo) was released without a corresponding Gaia Mk. I.

A few months later I was able to dive back in and finish the trace. As expected, the circuit was completely different. 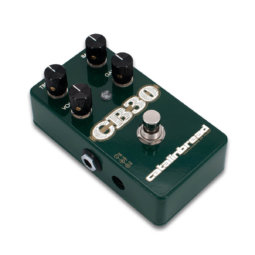 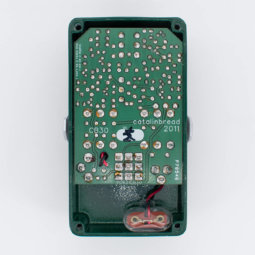 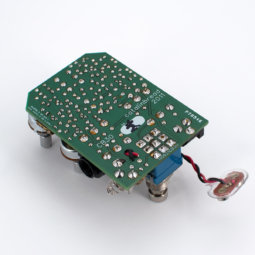 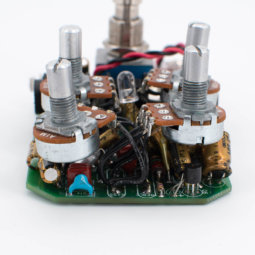 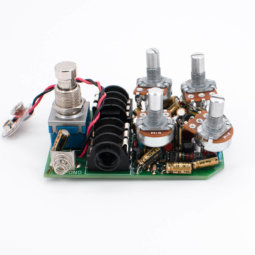 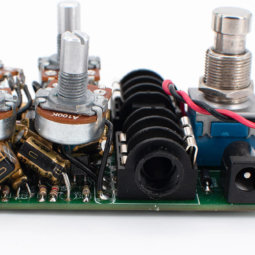 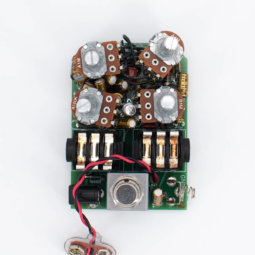 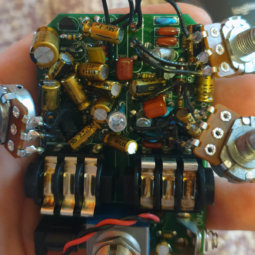 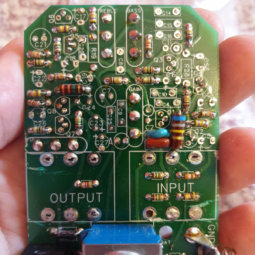 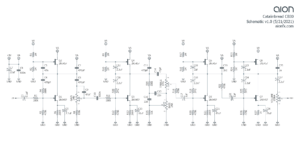 The FSB trace shows two distinct mu-amp gain stages (two JFETs each) and an output buffer, whereas this version has four mu-amp gain stages. Only the tone stacks are the same—as you might expect, since it’s taken directly from the AC30. But otherwise the topology is similar to other Foundation-series pedals such as the Dirty Little Secret and Formula 55, using mu-amps to replicate the AC30 tube stages, carefully voiced to balance the EQ in each stage to keep it sharp and focused.

How’s it sound? Pretty fantastic, actually. I can’t comment on the differences since I haven’t built the five-JFET version, but I know many people who have built it commented that they didn’t like the sound of it, which could be either a mistake in the trace or just a weakness in the design. The eight-JFET one, on the other hand, is everything I expected. It nails the AC30 tone, but also has a lot more available drive than the original amp, so you can use it on its own without any

So why the two versions?

Based on searching through Reverb archived listings, it seems that the eight-JFET version is more common—I didn’t find a single other example of the five-JFET version besides the one on FSB. So, absent any official word from Catalinbread, my best theory is that the five-JFET version was probably the one that was originally sent to dealers, and someone buying the pedal right after it was released would have gotten this version.

But whether it was due to poor initial reception or just internal second-guessing, Catalinbread decided they could do better and completely overhauled the circuit, releasing the improved version in the same calendar year. I would guess that the majority of existing CB30s are V2s—but before today, nobody even knew there were two, and most DIY builders weren’t hearing the definitive version.

If anyone has more details, please send them my way and I can add to the record. For now, this seems to be as close as we can get. 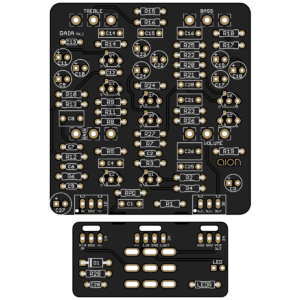 Releasing today is the Aion FX version of the CB30, the Gaia Preamp Drive Mk. I. It’s a direct adaptation of the 8-JFET circuit, joining its companion project, the Gaia Mk. II.