Based On
King Tone Heavyhand
Effect Type
Amp-like overdrive
Build Difficulty
Easy
Project Summary
A single-channel adaptation of side B of the popular Duellist dual pedal, based on a Marshall Bluesbreaker with hot-rodded features. 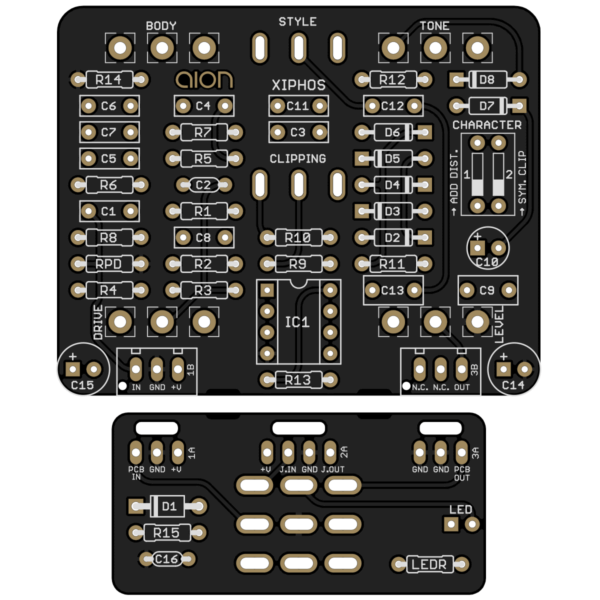 Not yet available.
Kits are developed based on interest, so if you’d like to see one for this project, let us know.
Request Kit
45 people are interested.

The Xiphos Amp Overdrive is based on the King Tone Heavyhand, traced by Aion FX in 2022. First released in 2021, the Heavyhand (sometimes rendered as Heavy Hand) is side B of the Duellist dual pedal, derived from the Marshall Bluesbreaker overdrive circuit but with several added modifications and switch options.

However, it’s not an exact copy of what’s inside the Duellist. While it does share the core circuit in common, the Duellist is capable of some modified tones that the Heavyhand can’t match, and vice versa. Notably, the Heavyhand adds an additional Body potentiometer, a new diode selector switch, and swaps out the “Fat” toggle mode for a new “Edge” mode.

The Xiphos unifies these two circuits, porting the features from the Duellist that were not on the original Heavyhand. An additional diode has been added in one direction on a DIP switch, making both clipping diode modes asymmetric when active. It also has an option for diode-to-ground hard clipping, also via an internal DIP switch. Note that since the hard-clipping mode has a low clipping threshold, the external diode selector switch won’t have as much audible effect when the hard clipping is enabled. 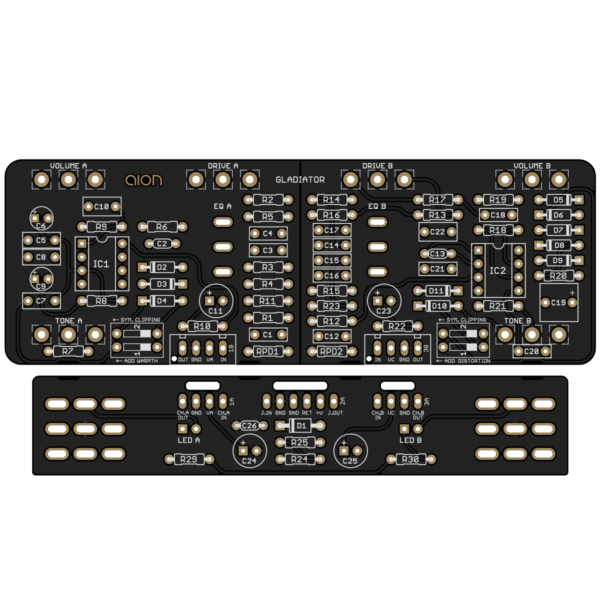 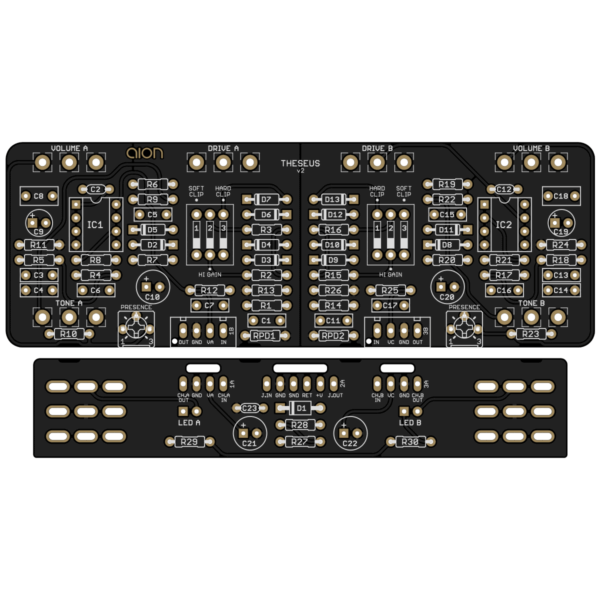 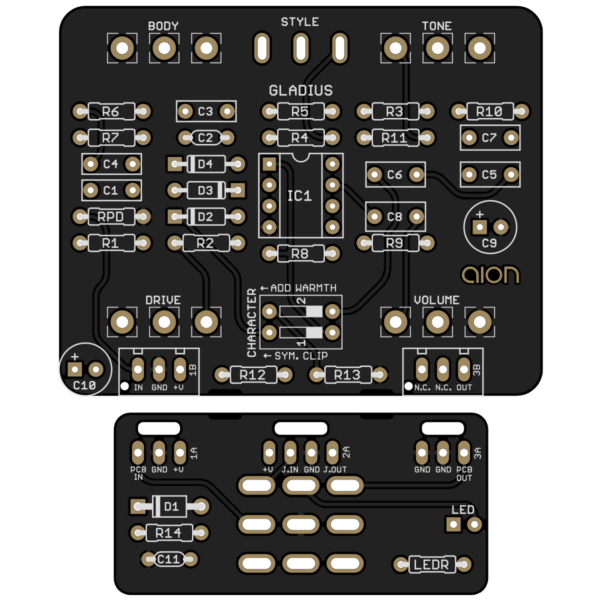 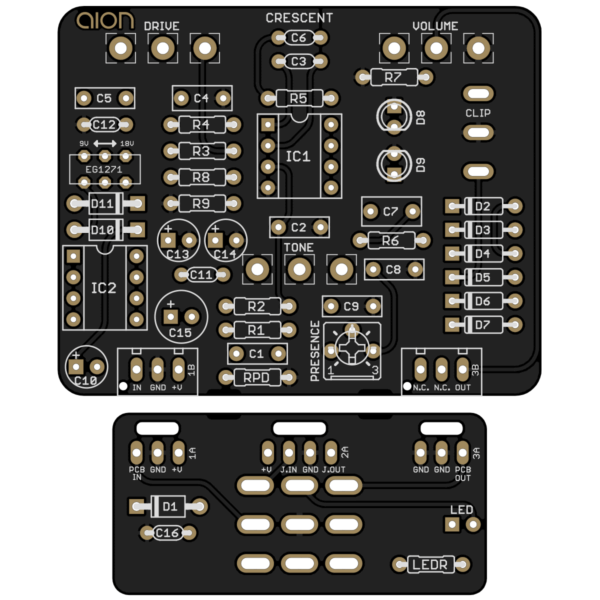 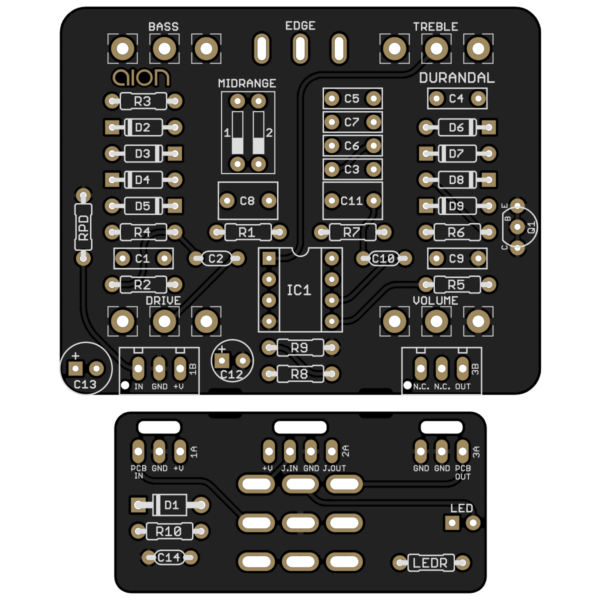