Based On
Maxon® DS-830
Effect Type
Distortion
Build Difficulty
Intermediate
Project Summary
A vintage-inspired distortion that uses both hard and soft clipping along with an active boost or cut for both bass and treble frequencies. 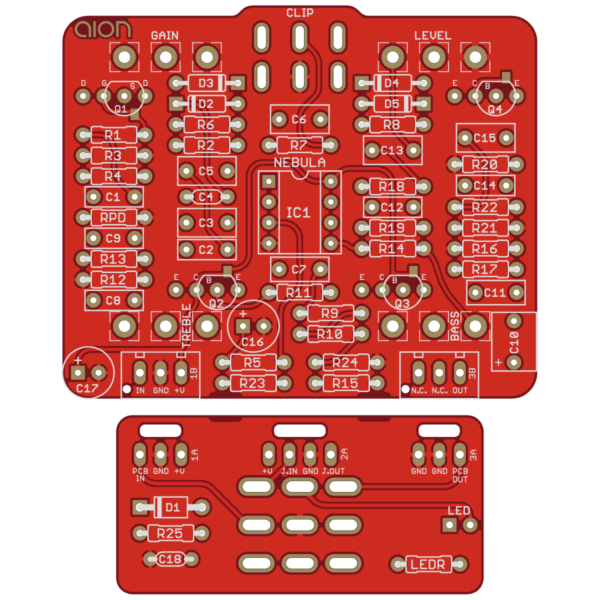 The Nebula Vintage Distortion is based on the Maxon DS-830 Distortion Master, first released in 2001 as part of Maxon’s Vintage Series. While the circuit was a brand new design, its aesthetics were inspired by the “big box” Maxon and Ibanez effects of the late 1970s such as the OD-880 and Phase Tone II.

The DS-830 circuit features both hard and soft clipping, with op-amp feedback diodes followed by diodes to ground, similar to the Nobels ODR-1. The EQ is made of two active gyrators, a bass control at 126 Hz and a treble control at 2.5kHz. Each of these frequencies can be boosted or cut as needed.

The updated version of the Nebula includes one new feature: a 3-way toggle switch that allows you to select soft clipping only, hard clipping only, or the stock mode with both sets of diodes engaged. (Other modes are also available. See build notes for potential modifications.

This lends a bit of extra control over the clipping character not found in the original pedal. Other than this addition, it’s a direct adaptation of the DS-830. 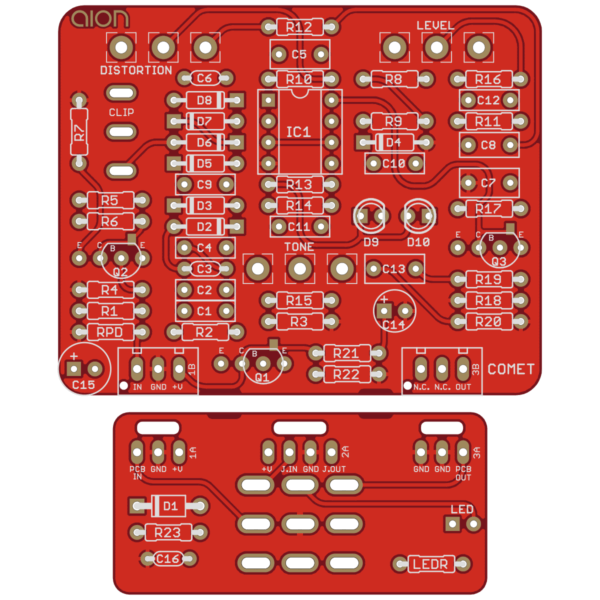 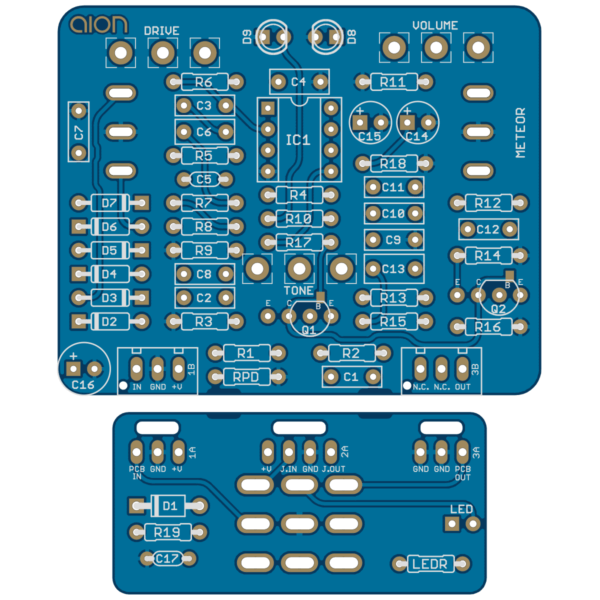 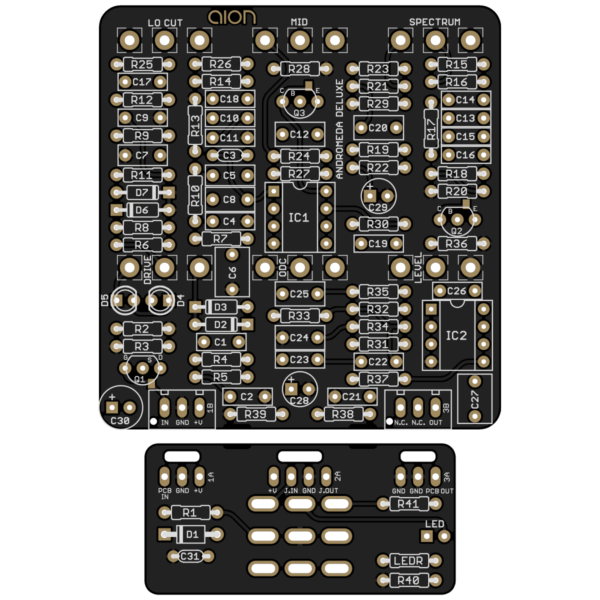 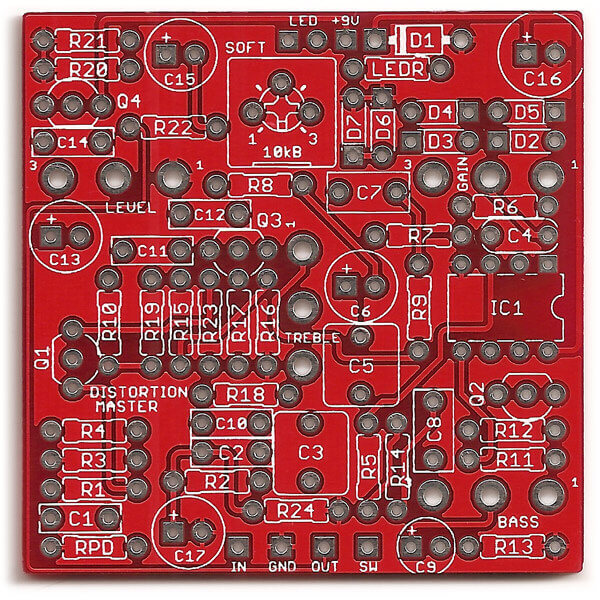