This is a matched set of 4 2SK208-GR JFETs for use in phasers such as the Emerald (BOSS PH-1r), pre-soldered to adapter boards for through-hole applications.

They are matched according to their Vgs(10k) parameter and are guaranteed to be within 0.05V of each other, although most sets are within 0.01V. The Vgs(10k) value has been written on one of them, but all four have been tested as part of our quality control process.

The Toshiba 2SK30A JFET was used in many Japanese effect pedal circuits in the 1970s and 1980s. They were sub-classified based on their Idss specification, with yellow (Y) and green (GR) being the most common. Most notably, the 2SK30A-GR was used in the BOSS® PH-1 and PH-1r phasers. Toshiba no longer manufactures through-hole JFETs and the 2SK30A has been out of production for many years.

However, there’s a catch: while most USA manufacturers will only change the prefix to distinguish through-hole from surface-mount parts, e.g. 2N5457 and MMBF5457, Toshiba’s practice is to change the whole part number. And if you compare the datasheets, the 2SK208A shares the exact same specifications and sub-classifications as the 2SK30A. In practice, they also measure in the exact same ranges as the parts used in vintage units.

So in other words: the 2SK208-GR is not just a substitute for the 2SK30A-GR. It’s the same part manufactured with the same process, just in a different package. 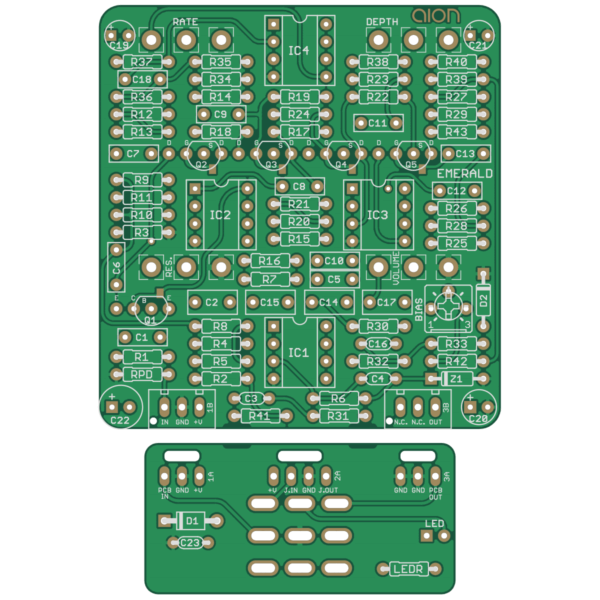