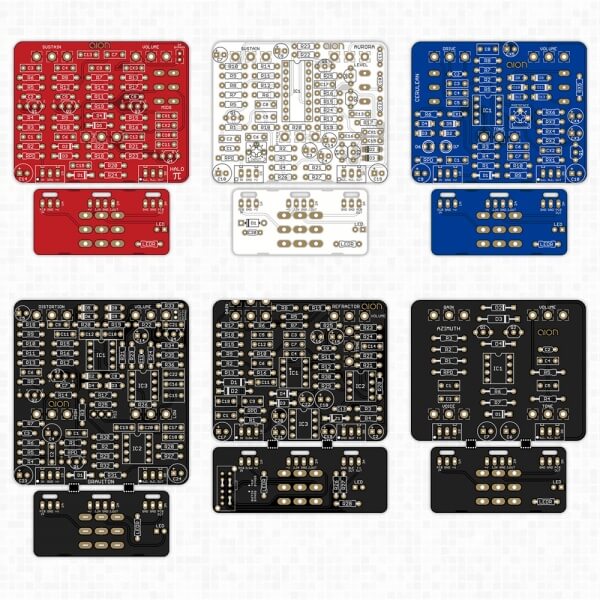 Six new projects releasing today, all 125B with top jacks

The new 125B design platform

These new projects are available today. More will be coming very soon. 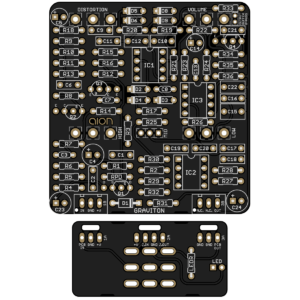 A brand new Aion project that recreates a favorite among extreme metal guitarists. (Not to be confused with the MT-2 Metal Zone!) The Graviton is a great high-gain pedal that works in many different styles of music besides metal, with a well-rounded tone that is still capable of some very unique sounds.

The most famous use is the Swedish death metal trick where you put all the knobs on 10 and run it into a low-end solid state amp. This was used by a number of extreme metal bands in the 1990s all the way to the present day. 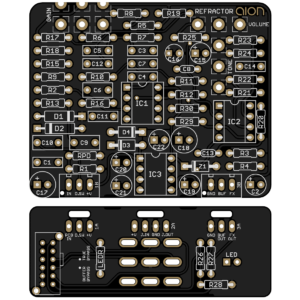 An updated version of the Refractor, which now has the distinction of being the first true clone of the Klon KTR. The Buffer / True Bypass switch is now integrated into the circuit. This was one of the most requested features for the Refractor!

While some other Centaur clones have switchable true bypass, they all used a simplified version that left the buffer mode slightly changed from the Centaur. I didn’t want to settle for that, so after a great deal of research, I’m happy to say that I was able to replicate the real thing. To my knowledge this is the first time the KTR’s switching schematic has been published or implemented in any design outside of the KTR itself. 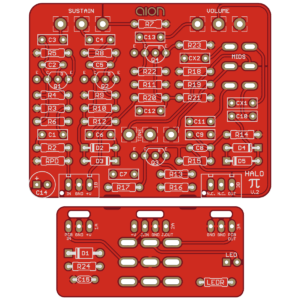 The Halo has been updated with a new version of the mids control. One complaint I had about the AMZ “Presence” control (which was an optional 4th knob on the original Halo) is that its EQ curve isn’t exactly the same as a normal Muff at any setting. So I turned this into a DPDT switch with 3 modes: mid scoop (the stock Muff setting), flat mids, and mid hump. This way you can get the tonal flexibility without losing the character of the stock circuit. 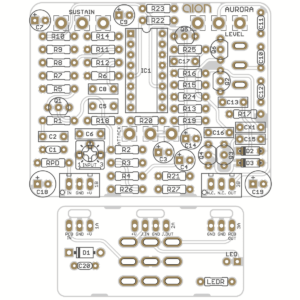 The Aurora gets a few upgrades: first, moving from the CA3080 to the LM13700, which is a dual version of the 3080 that is still in production and very easy to find. Second, adding a new output stage that cuts down significantly on distortion that is produced by the envelope detector. (This is optional, and the original output stage can also be used.) Third, making the Release switch into a knob, and including space for tapering resistors in parallel with the pot so that a more common 500kB pot can be converted into the required value of 150kC. 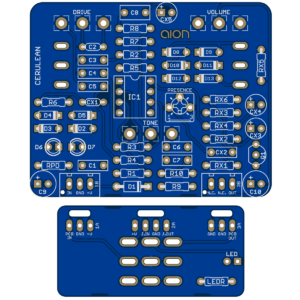 The Cerulean has undergone some revisions. It still supports any of the Bluesbreaker, King of Tone or Morning Glory versions, with the exception that the option for the MG’s Bright Cut switch has been removed because it’s really pretty useless. (There are already two more treble-focused controls with the on-board Tone knob and the internal Presence trimmer.) So what we’re left with is one switch for Soft Clipping (low, high or none), another for Hard Clipping (low, high or none), and the option to use the Morning Glory’s JFET gain stage at the output. 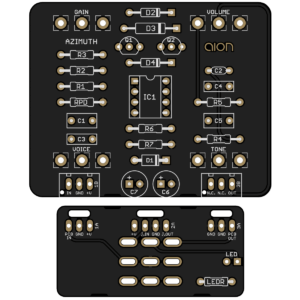 A good first build for people just getting into the hobby. Nothing new in the re-release, but it’s a fantastic-sounding circuit that is at home in any rig.

What will happen to the existing 1590B projects?

These 125B projects will not replace the 1590B versions. While I won’t be designing new projects for the 1590B going forward, I expect to keep the existing 1590B projects in stock for the foreseeable future, as long as they continue to sell. Many of the updated 125B versions are different in some way, and there are plenty of people who may prefer the 1590B versions.