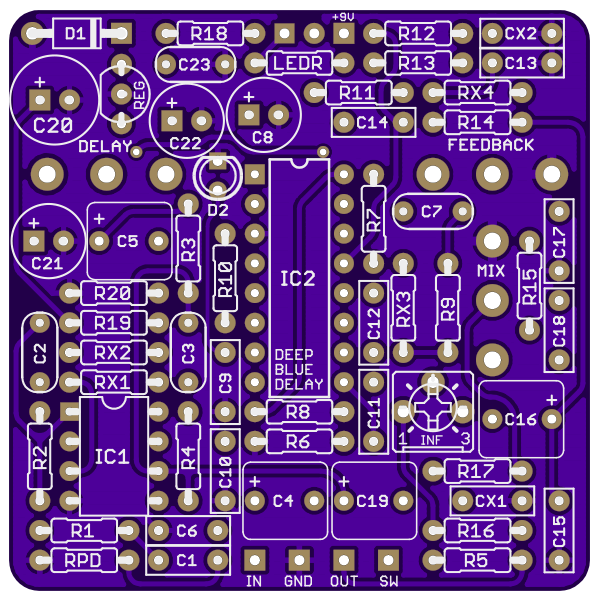 PCBs are 20% off from now through the end of the day Monday, November 27! No coupon is required. The sale excludes bypass PCBs, but the L5 Preamp and Blueshift (Dimension C) are both included. 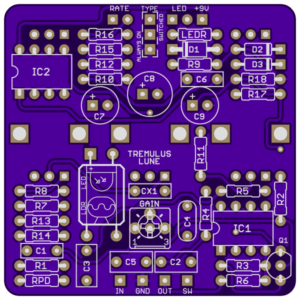 The Luna Tremolo is an updated & improved version of the classic Tremulus Lune, a DIY project originally developed by 4ms Pedals. The ultimate tweakable tremolo, the Luna allows fine-grained control over almost every characteristic of the LFO which then modulates the signal via an optocoupler. The Luna adds a couple of modern improvements, such as an input buffer to isolate the negative-feedback opamp as well as an external gain control. 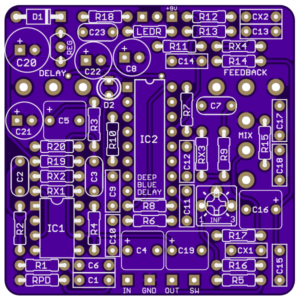 The Vector Delay is inspired by the Mad Professor Deep Blue Delay, also allowing you to build a Tonepad Rebote 2.5 with a few parts substitutions. In addition, the Vector includes a trimmer to calibrate the Feedback control for infinite repeats, as well as an LED to prevent the delay chip from going into clipping with hot input signals. The definitive PT2399 delay! 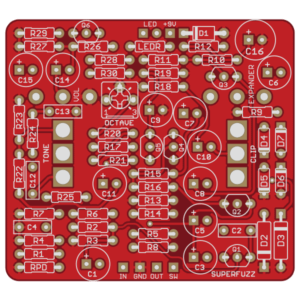 The Rift Fuzz is a clone of the Univox Superfuzz, a classic octave-down fuzz. It allows you to use either a switch or a pot for the tone control, and has a clipping switch to allow you to choose between two different sets of diodes or lift them altogether.

Watch for a full-sized year-end update to be sent out in December, but here’s a preview: 2018 will have a minimum of 25 new projects. I’m now devoting around 20 hours a week to Aion Electronics, and while much of the past few months has been catching up, you’ll start to see a lot more from Aion very soon.