Based On
Catalinbread® SFT V1
Effect Type
Overdrive / Amp Emulation
Build Difficulty
Intermediate
Project Summary
An adaptation of the Ampeg® SVT, a legendary high-powered bass amplifier that first appeared in 1969. It uses cascaded mu-amp stages in place of tubes for amp-like tone in a small box.

Not yet available.
Kits are developed based on interest, so if you’d like to see one for this project, let us know.
Request Kit
48 people are interested.

The Artemis Preamp Drive Mk. I is an adaptation of the first version of the Catalinbread® SFT, based on the legendary Ampeg® SVT bass amplifiers. It was originally released in 2009. While the SVT was a bass amp, this circuit is suitable for bass or guitar.

The original SFT used 2N5457 JFETs, which are no longer available in through-hole format. Extra pads have been provided if you want to use surface-mount JFETs (part number MMBF5457), which are still in production and perform identically to those used in Catalinbread pedals. Aion FX also offers pre-soldered MMBF5457s on adapter boards if you find surface-mount parts intimidating. See build documentation for more details.

An updated and redesigned version of the SFT was released in 2016, brought on by the discontinuation of the 2N5457s used in the original version. While both circuits are voiced with the same Ampeg SVT amplifiers as a reference, they’re very different from each other. If you can source the right JFETs, the original version is worth your time.

The Artemis Mk. I is compatible with the 18V Voltage Doubler / Bypass module if you want to run the circuit at 18V without using an external adapter. 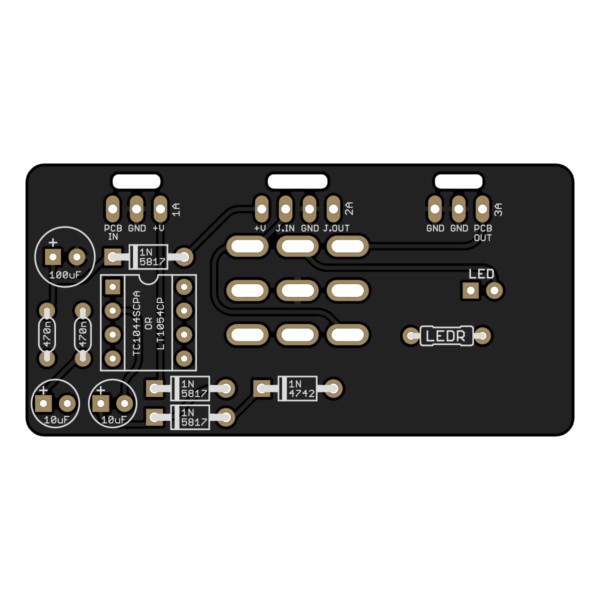