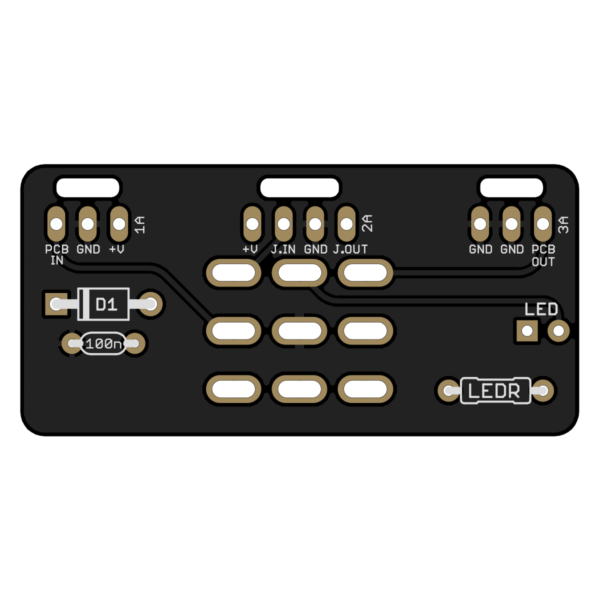 The 3PDT Bypass PCB is a direct replacement for the bypass boards that are included with most Aion FX projects in the standard 125B format. It is primarily intended for when the included 3PDT board is damaged during assembly, but it can also be used on its own for other brands of PCBs if you like the format.

Determining compatibility with Aion FX projects is simple: if the bypass PCB that comes with the main PCB looks like the one above, it’ll work. Some projects also include a filtering resistor in series with the power supply, so 3 components on the left side instead of just 2. This bypass PCB is still compatible with these as well—the resistor is always optional and the circuit will work fine without it.

It is not compatible with specialized bypass PCBs such as the Refractor or Cornish-based projects that have a buffer switch, or that have any other circuitry besides polarity protection and filtering. Again, if yours doesn’t look mostly the same as the one above (possibly including an additional resistor) then it’s not going to work.