It’s been exactly one year since I started offering these projects and the response has been incredible. Thanks to everyone who has gotten a board (or five), liked it and told others about it! But with all that, it’s also been nearly a year since I released any new projects. No longer! Four new PCBs are now in stock and available on the site, along with two more “mini” projects (3PDT wiring boards).

As always, shipping is only $2 to the United States and $4 to the rest of the world, no matter how many PCBs you buy. Here are the projects: 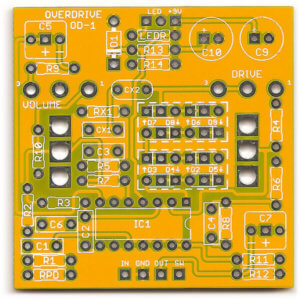 A clone of the very first BOSS compact pedal from all the way back in 1977. This was actually the first circuit to use op-amp feedback clipping diodes, predating the Tube Screamer by at least a year, and it’s a great little pedal. It has the standard clipping diode mod, as well as an EQ mod that changes the high-pass filter in the feedback loop which affects the gain structure and low end. 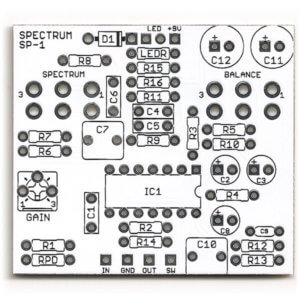 So I lied—there were actually three “first BOSS compact pedals” that were all released at the same time in 1977. The SP-1 Spectrum was another one in that group. It’s a semi-parametric equalizer with two controls: frequency and balance/mix. This is one of the rarest Boss pedals out there, regularly selling for $500+ on eBay—and this is the only DIY project available anywhere for it. 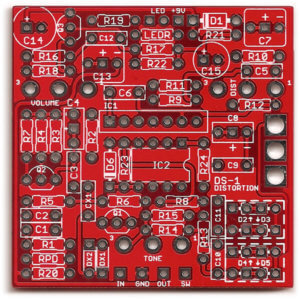 More vintage Boss! After the success of the initial line of compact pedals, the BOSS DS-1 Distortion was released in 1978. The circuit is essentially a mash-up of a RAT, Big Muff and Distortion+, and while the current Taiwanese model (after 1994) is pretty hard to listen to, the original Japanese units were amazing. This PCB supports either the vintage or modern version, and has a clipping diode mod. 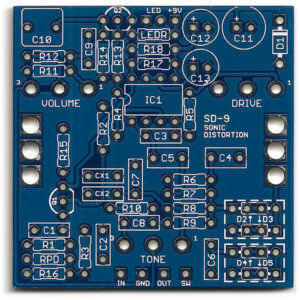 The Ibanez/Maxon SD-9 Sonic Distortion hit the market in 1983. It was originally advertised as a heavier version of the Tube Screamer, but it shares nothing in common with the TS9—it’s closer to the BOSS DS-1 or MXR Distortion+ than anything. This project allows you to build the original SD-9 (which is different from the current reissue) and has switch mods for clipping diodes and midrange. 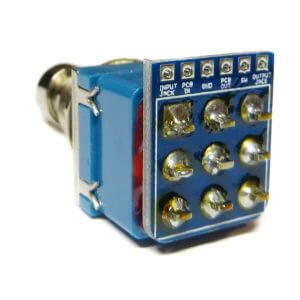 These little guys are the smallest 3PDT bypass boards out there, at only 0.65″ x 0.75″. They makes true-bypass wiring dead simple, and the pads match up directly with all of my PCB projects. Right now they’re only available in blue, but watch for more colors to trickle in this fall—eventually you’ll be able to get one to match whatever color of PCB you’re using. (Switch not included!) 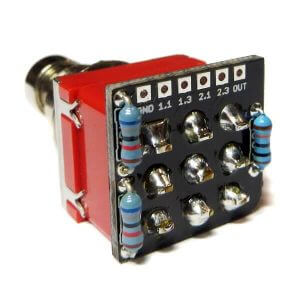 If you’ve built my Refractor project or any other Centaur clone, you know the most frustrating part is cramming those resistors onto the bypass switch. Those days are behind you! Drop one of these PCBs onto a 3PDT switch (not included) and it’ll take no time to wire up. These were designed for the Refractor project, and have a black solder mask to match, but they’ll work for any Centaur clone project.

That’s what I’ve got for now, but I have a lot of stuff planned for this fall—there will be more projects to come still in 2014. Stay tuned!