Based On
Ampeg® VH-140C
Effect Type
Preamp, distortion
Build Difficulty
Advanced
Project Summary
A pedal recreation of the drive channel of the legendary Ampeg® VH-140C amplifier, a favorite of hardcore and metal bands throughout the 1990s.

Not yet available.
Kits are developed based on interest, so if you’d like to see one for this project, let us know.
Request Kit
36 people are interested.

The VH Drive Channel is an adaptation of the drive channel of the Ampeg VH-140C amplifier, a classic solid-state amp that provided the signature sound of many death metal and hardcore bands throughout the 1990s.

The original amplifier also had a clean channel and a stereo chorus circuit, but the drive channel is where it gets its character. The VH Drive Channel isolates just that one channel, but it’s nevertheless an exact adaptation that runs on the same voltage as the original preamp.

Some interesting history: The drive circuit of the VH-140C was granted a patent when it first appeared in 1989 (patent #US5032796A, “Solid state amplifier simulating vacuum tube distortion characteristics”).

This patent was in place for 20 years, which means that up until 2009, the gain stage (consisting of an op-amp, two back-to-back zener diodes, and the particular arrangement of resistors and capacitors) could not be used in any commercial projects by other companies.

This is one of very few patents granted for a guitar audio circuit that was in effect into the 2000’s. Today, patent infringement is not even a remote risk among the DIY guitar pedal community, but this was a notable exception for a long time.

The VH Drive Channel is a direct recreation of the drive channel of the original amplifier, running at the same voltage as the original unit. Like our other preamps, it can be used as a standalone drive pedal, but it’s optimized to drive a power amp directly. 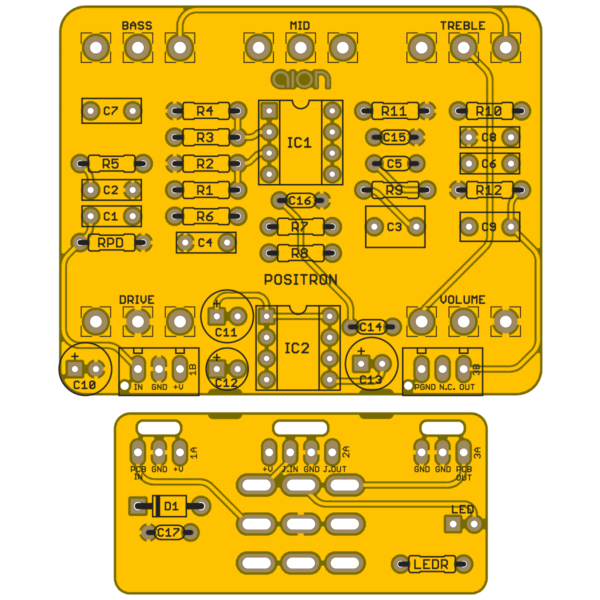