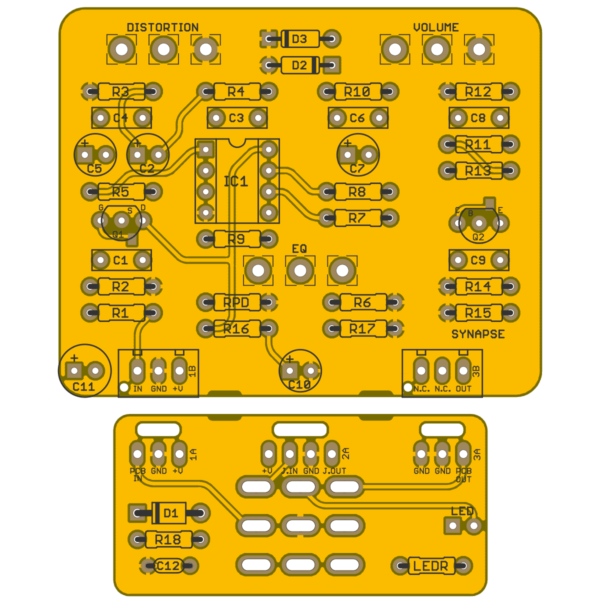 Not yet available.
Kits are developed based on interest, so if you’d like to see one for this project, let us know.
Request Kit
7 people are interested.

The Synapse Resonant Drive is based on the Systech Overdrive, a fuzz pedal released in the early 1970s before the idea of “overdrive” had become distinct from “distortion” and “fuzz”.

It’s not known whether the Overdrive was derived from the Harmonic Energizer or the other way around—but either way, they’re similar in concept, and the Overdrive is very unique among drive pedals. It doesn’t have the Zappa association, but it’s interesting enough that it’s worth your time.

The resonant filter can be tuned from 133 Hz to 900 Hz, but unlike a wah, its Q is very sharp, and it has a definite “tuned” quality that can either complement the notes being played or collide in a dissonant way.

There is no way to disable the filter or reduce its gain, so it’s definitely not an always-on tone stap;e, but very useful as a quirky effect to get some spaced-out filter tones are hard to come by in such a small package.

The Synapse is a straight clone of the Systech Overdrive with no changes except changing Systech’s standard polarity protection for a simple Schottky diode as in other Aion FX projects. 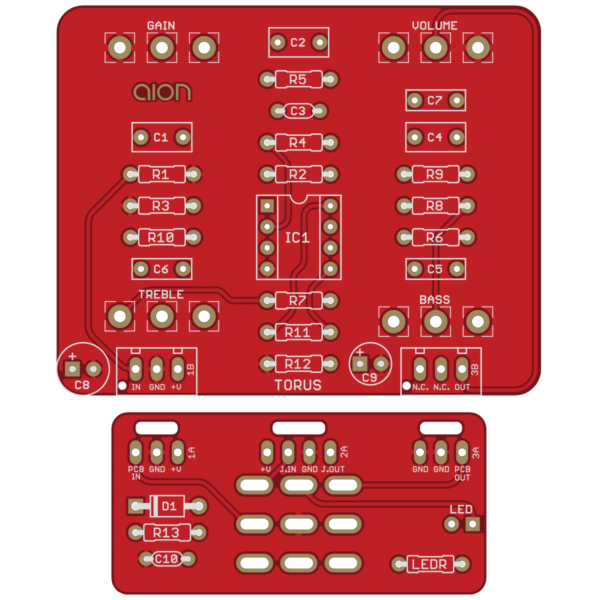