Based On
Univox® Superfuzz
Effect Type
Octave Fuzz
Build Difficulty
Intermediate
Project Summary
A classic untamed fuzz from the 1970s that adds an octave-up overtone, famous for its use by Pete Townshend of The Who. 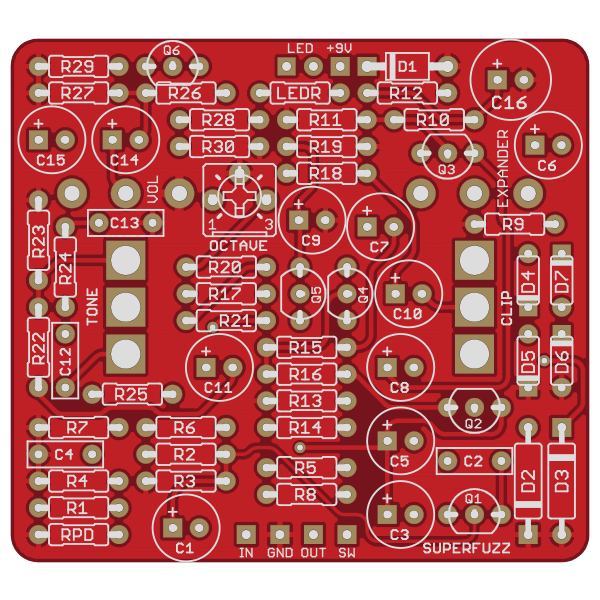 The Rift is a modified version of the Univox Superfuzz, a classic octave fuzz. It was originally developed by the Shin-Ei company in Japan and called the FY-6, but they also rebadged the circuit for over a dozen other brands such as Apollo, Electra and Hohner. However, the Univox Superfuzz was the most well-known of the brands and is considered the definitive version of the circuit.

The Rift includes two modifications that lend more flexibility to this circuit. While the original unit only had a tone switch to go between two presets, here you have the option of using a pot instead to blend between them. There is also a clipping switch to allow you to choose between two different sets of diodes, or lift them altogether for a different (and much louder) sound. 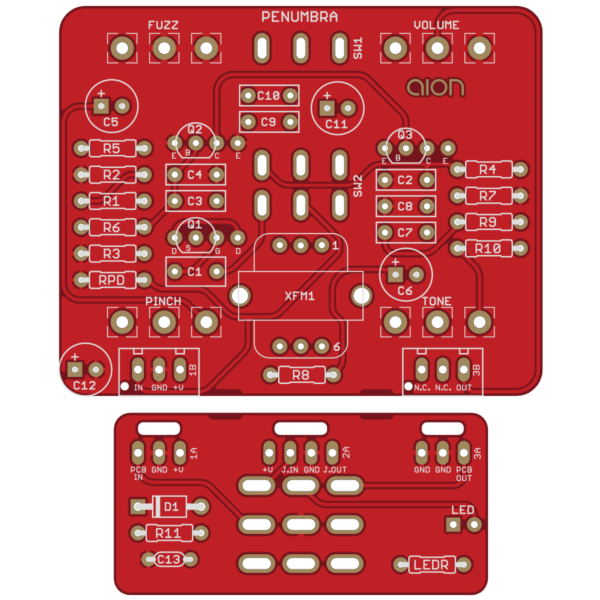 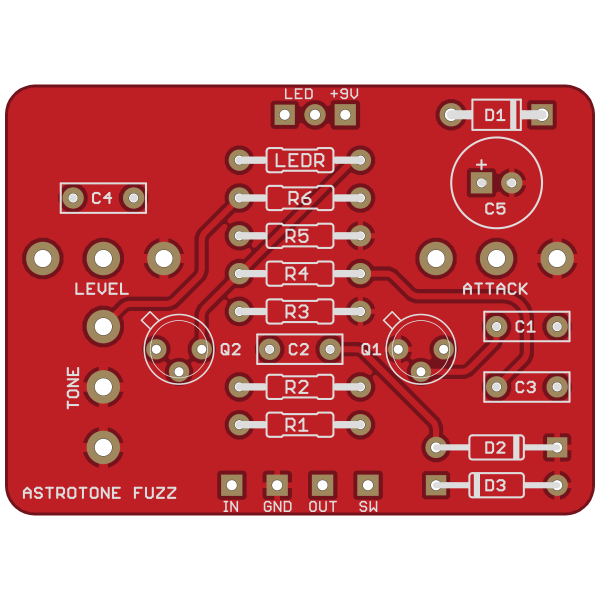