Not yet available.
Kits are developed based on interest, so if you’d like to see one for this project, let us know.
Request Kit
146 people are interested.

The Redshift Deluxe Phaser is based on the Blackout Effectors Whetstone Phaser, originally released in 2009 and discontinued when Blackout closed their doors in 2018.

The Whetstone was based on the Electro-Harmonix Small Stone, a classic OTA phaser, but with several modifications including additional controls & switches and an output gain boost to solve the level-matching issues in the original. It also replaced the obsolete CA3094 OTA with the NE5517/LM13700, essentially a dual version of the chip with somewhat improved specifications.

The Redshift is a direct clone of the Whetstone, with the exception that the 4-position rotary control for Range has been changed to a 3-position toggle and the “Fix” mode has been omitted. In the original Whetstone, the lower half of the rotation produces audible high-pitched oscillation, and the actual swept-phase frequency changes are limited to around the last 25% of the knob’s rotation.

So while it sounds good on paper, the “Fix” mode really isn’t very usable in practice, and there are many pedals that do the manual-phase effect much better than this one. This change also allows the elimination of a large and expensive rotary switch in favor of a standard 3-position toggle switch.

In addition to the removal of the Fix setting, there is one other change from the original Whetstone, in the form of an added feature: a second set of Rate/Range controls for LFO speed, and a footswitch to go between the two presets. While it doesn’t truly “ramp” (gradually speed up or slow down) like a Leslie, it does let you have a whole other effect available with the press of a footswitch. 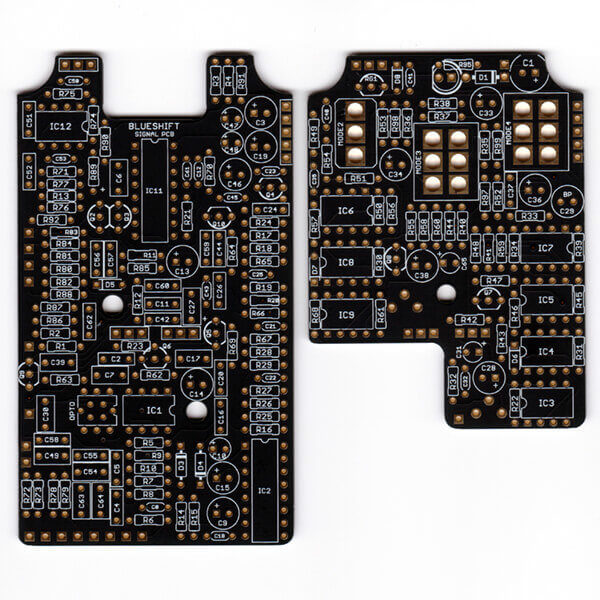