Based On
Tone Bender Mk III
Effect Type
Germanium Fuzz
Build Difficulty
Easy
Project Summary
A reproduction of the third version of the Tone Bender germanium fuzz sold by Macaris in London in the late 1960s. 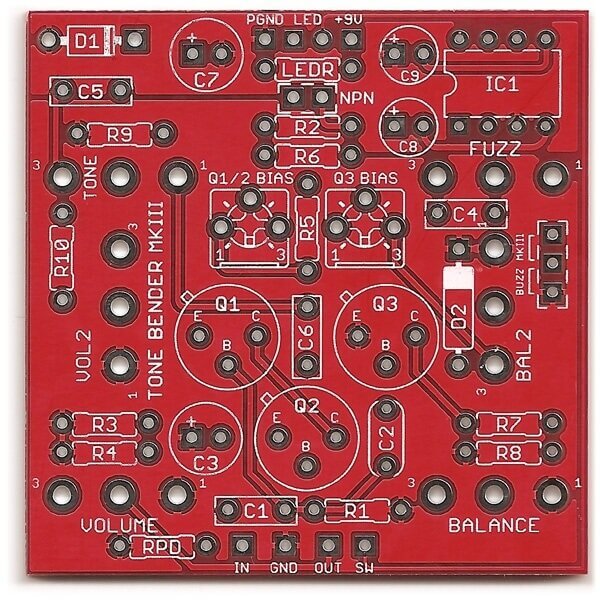 The Phobos Fuzz is a clone of the Colorsound / Sola Sound Tone Bender Mk. III. Using this PCB, you can also build a Baldwin-Burns Buzzaround. Just make sure to read the documentation because there are a few major differences between the two circuits.

The Tonebender was sold under a number of different brand names, including Vox and Park Sound. While the official Sola Sound version was just called the “Tone Bender” officially, the Vox version included the “Mark III”, and it was the direct successor of the “Mark II” (my Deimos project) so the Mk III designation has come to represent this version. It’s also commonly called the 3-Knob Tonebender to distinguish it from versions 1 and 2 that only had two knobs.

The Buzzaround was released sometime between 1965 and 1968 by Baldwin-Burns, the new name of Burns Guitars London after they were bought by the Baldwin Piano Company. They had no affiliation with Sola Sound / Colorsound.The most likely release date was 1967, but so few of these units still exist that there’s no way of really knowing. It’s an extremely rare effect, having sold for as much as $3,000 on eBay.

Most people think the Buzzaround to be a tweaked clone of the TB Mk III, but actually it’s more likely that the reverse is true since the Mk III came a year later in 1968. The Buzzaround was rumored to have been designed by Gary Hurst, the designer of the first four Tone Bender versions (1, 1.5, 2 and 3), but Gary has denied this.[1] The TB Mk III is a little more ‘refined’, having a true output volume control instead of a bias control that can never get down to zero and only sounds good at certain settings. It’s unlikely that a person experimenting with the Tone Bender circuit would try out the Burns method and think of it as an improvement.

So, at the end of the day, the origins of the Buzzaround aren’t really known for sure—“probably” is the best we can do. What matters is that they’re really easy to build with the Phobos PCB, so you can try one out for significantly less than $3,000. 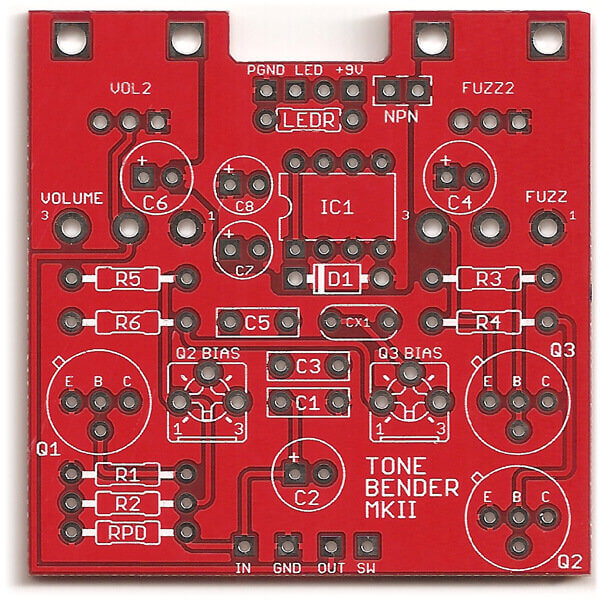 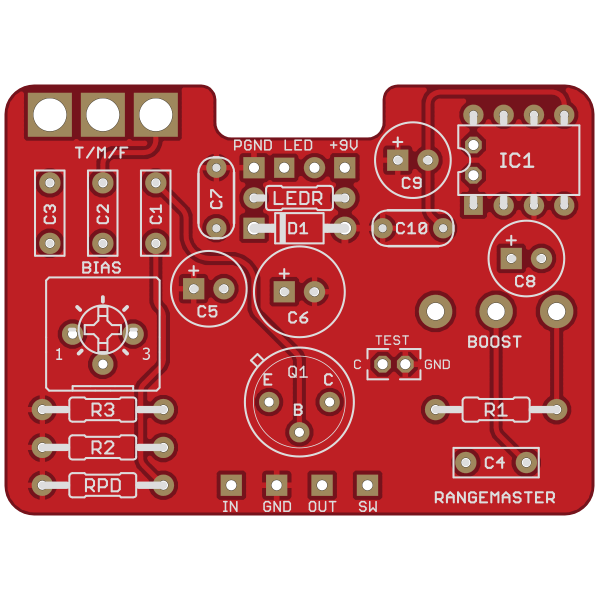 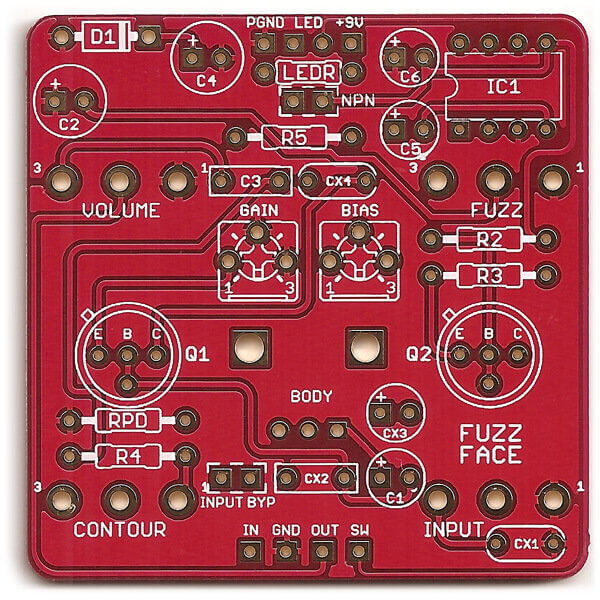 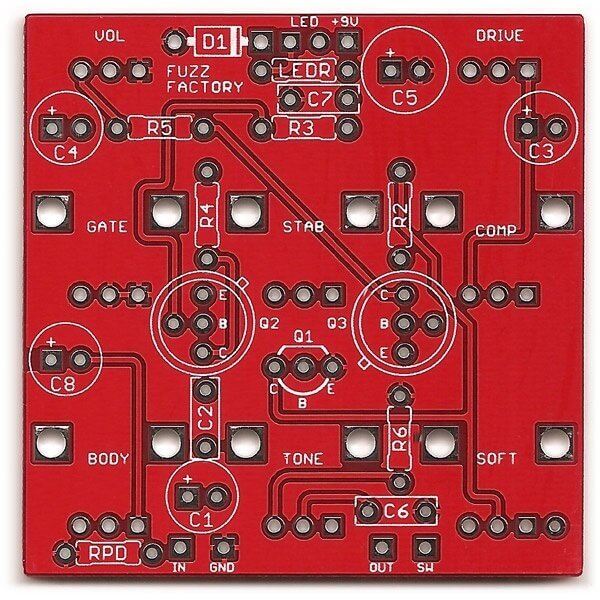