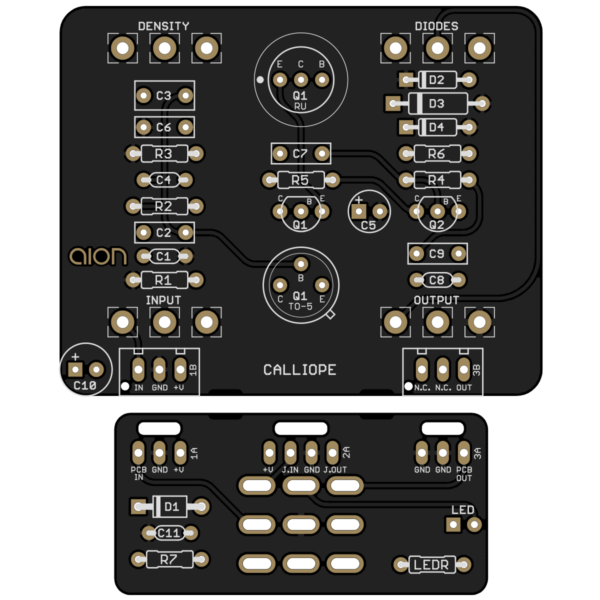 Not yet available.
Kits are developed based on interest, so if you’d like to see one for this project, let us know.
Request Kit
34 people are interested.

The Calliope Vintage Fuzz is an adaptation of the Catalinbread Karma Suture (germanium and silicon versions), originally traced by Aion FX in 2021.

The original Karma Suture was released in 2014. It was based on the Interfax Harmonic Percolator, but with several circuit changes to make it into its own effect rather than a straight clone. Most of the values have been changed from the original, and the “Density” and “Diodes” controls have been added.

The Calliope PCB supports both the germanium and silicon versions. The default parts list is for the germanium version, while alternate values are provided for the silicon version. Other than the inclusion of additional transistor footprints on the PCB, there are no other modifications or changes to the circuit. See documentation for more information on transistor selection.

The Harmonic Percolator is also available from Aion FX as the Particle Vintage Fuzz. 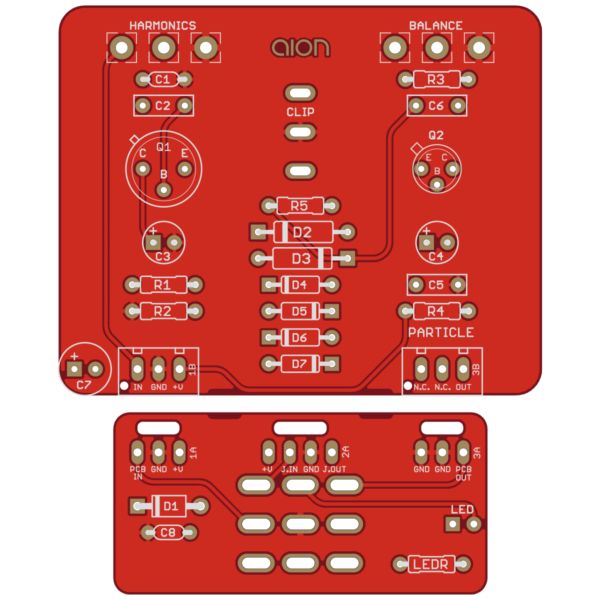 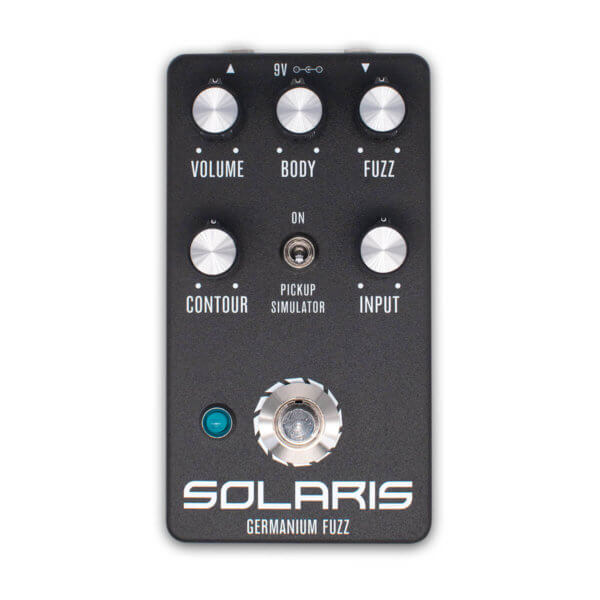 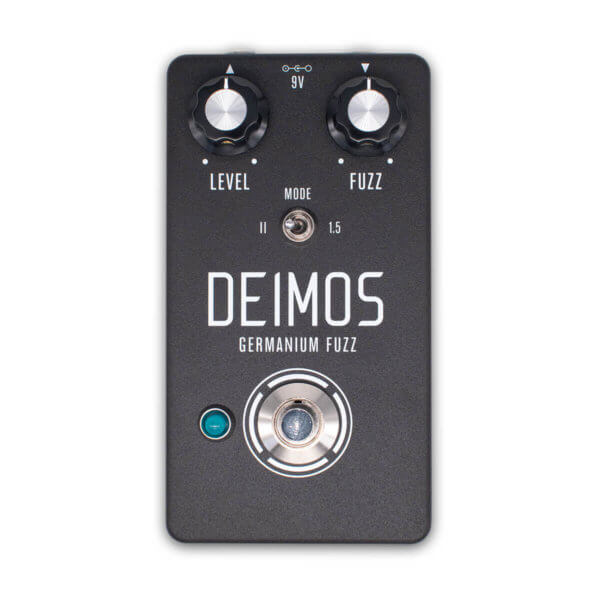