Based On
MXR® Distortion+
Effect Type
Overdrive / Distortion
Build Difficulty
Easy
Project Summary
One of the first drive pedals to use an op-amp, this classic effect was a favorite of Yngwie Malmsteen, Thom Yorke and Randy Rhoads among many more. 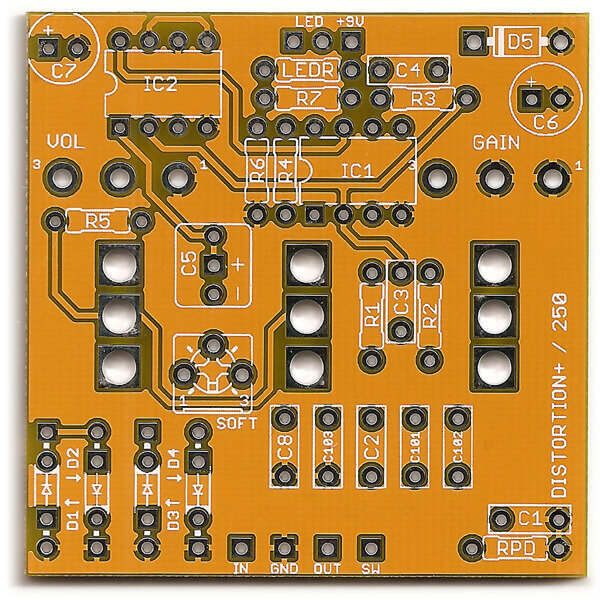 The Aphelion Distortion project is a clone of the MXR Distortion+ and DOD 250+ Overdrive, which are essentially the same circuit with a few different values. The Distortion+ first came out in 1973 and the DOD 250 followed in 1976. Other later variants include the MXR MicroAmp and the DOD YJM308.

This project will allow you to build any historical variant of the Dist+/250. I included three switch mods in this project as well, but you can always leave them off and build a stock circuit.

This was one of the first circuits to use hard diode-to-ground clipping, and while it’s a fairly simple circuit, it serves as an ancestor to other pedals like the Boss DS-1 and Maxon/Ibanez SD-9. It features no tone control; rather, the gain control also changes the tone as you turn it up. It’s capable of a wide range of tones, from slight breakup to gritty distortion.