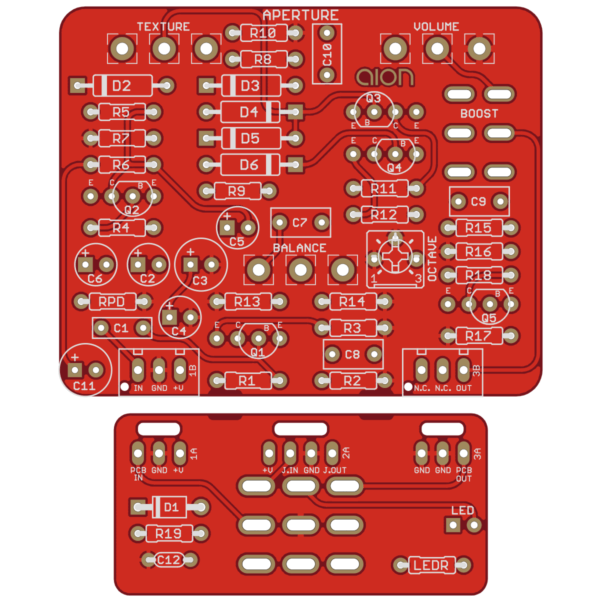 Not yet available.
Kits are developed based on interest, so if you’d like to see one for this project, let us know.
Request Kit
50 people are interested.

The Aperture Octave Fuzz is an adaptation of the Ampeg Scrambler, an exceptionally rare octave-up fuzz pedal originally released in 1969. It’s said that fewer than 2,500 units were produced, and today the originals typically sell for over USD$1,000 on the used market.

The Scrambler is an octave-up fuzz in the vein of the Superfuzz, fOXX Tone Machine and Octavia—although all four circuits use their own techniques to generate the octave, so they all sound different.

Due to its largely un-filtered bass content and clean blend control, the Scrambler is particularly good for bass guitar, as you would expect from a company that primarily makes bass equipment.
Ampeg reissued the Scrambler in 2005 in a vintage-style enclosure. According to Analogman, these reissues are very faithful to the originals, but not identical.

In 2017, the Scrambler was again reissued, this time in a modernized enclosure and including a treble control and output volume, and marketed as a “bass overdrive” with no mention of fuzz. It’s not known how accurate these circuits are to the original, but they have received mixed reviews and are not regarded to sound like either the old ones or the 2005 reissues, so it is likely that the resemblance is in name only.

The Aperture project is faithful to the original 1969 Scrambler, with the addition of an optional volume boost stage as well as a master volume control at the end. The original unit suffers from excessively low volume, so the make-up gain stage from the Univox Superfuzz has been adapted for this circuit. With the gain boost disabled and the Volume knob at full, the circuit is 100% identical to a vintage Scrambler. 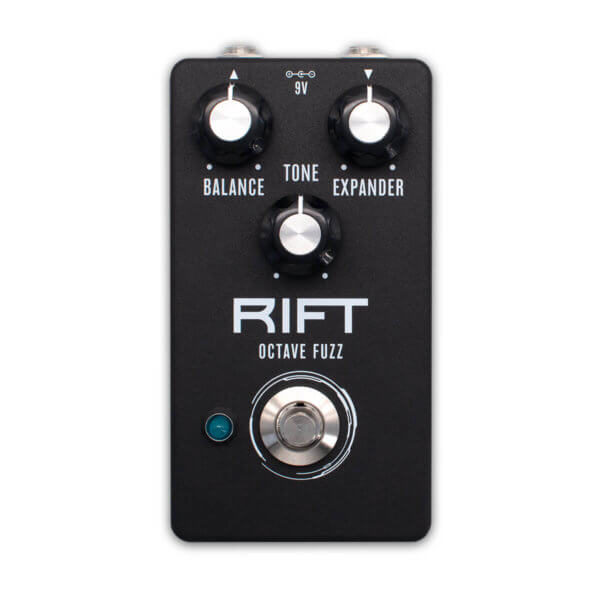