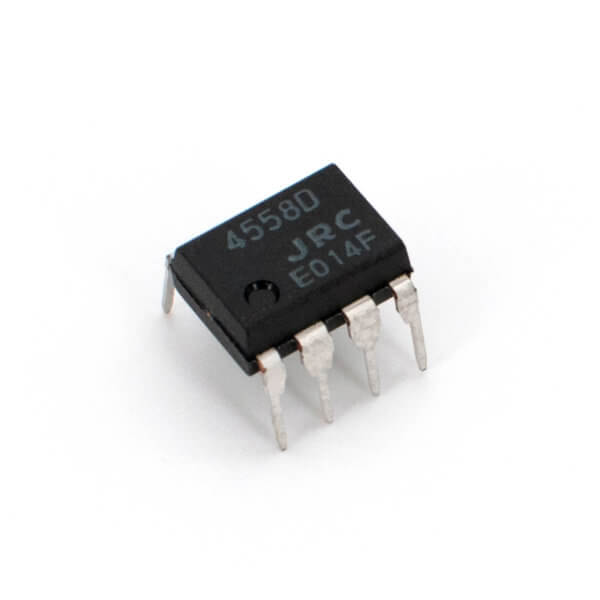 Dual op-amp used in many Japanese pedals in the late 1970s and 1980s, most famously the Ibanez TS-9 Tube Screamer.

Note: The actual part number from the manufacturer is NJM4558D, but the devices are physically marked JRC4558D as they have been since the 1970s when they were first produced by Japan Radio Corporation. JRC later became New Japan Radio (NJR), which was more recently absorbed by Nisshinbo Micro Devices, but the chip itself is the same today as it has always been. In the DIY community, they are still universally referred to as the JRC4558D, so that’s how we’ve listed it here.